Aston Villa manager Tim Sherwood says he would sign Emmanuel Adebayor 'in a heartbeat' if the striker wanted to leave Tottenham.

The 31 year-old was close to joining Sherwood's squad in the summer but eventually decided against the proposed loan move to Villa Park. 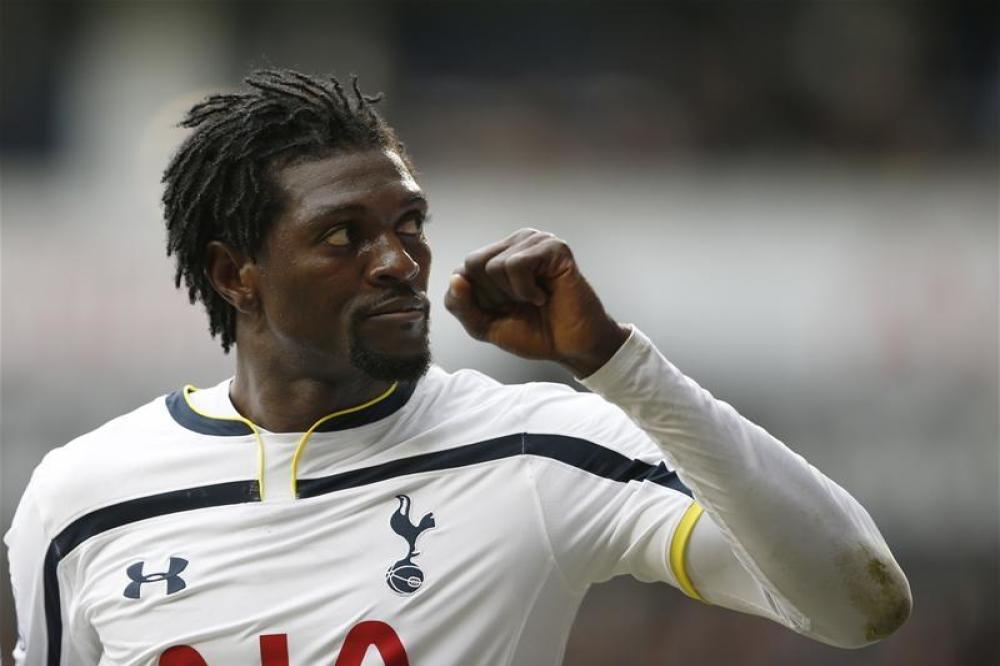 Adebayor has already been told that he has no future at Spurs by manager Mauricio Pochettino and was not included in the Argentine's 25-man Premier League squad.

However, the Togolese forward is rumoured to want the rest of his Tottenham contract paid in full, a figure of around £5m, in order to facilitate a move elsewhere.

Sherwood has had first-hand experience managing Adebayor during his spell in charge at White Hart Lane and has admitted he would relish the chance to work with the former Arsenal and Real Madrid striker again.

"I would not hesitate. If he had the desire to want to come and play football again, I would have taken him in a heartbeat," Sherwood said.

"We still have to respect his decision, whatever he makes. It's his - I can't influence it.

"Am I disappointed? I'm disappointed for him because he's not going to play. He's too good a talent - I've seen that first hand - to not play any football, but unfortunately I don't think there's any window open for him now.

"If he wanted to play in Qatar he would have gone there a long time ago. It's hard to say. I was going to say he's not in it for the money but, genuinely, he wants to play at the top level.

"It's not financial. It's easy to say that when you're on his money, but he would genuinely play for nothing. It's not his fault he's not part of their plans."