Tottenham target Malcom has announced he will leave Bordeaux in the summer but says he does not know which club he will join. 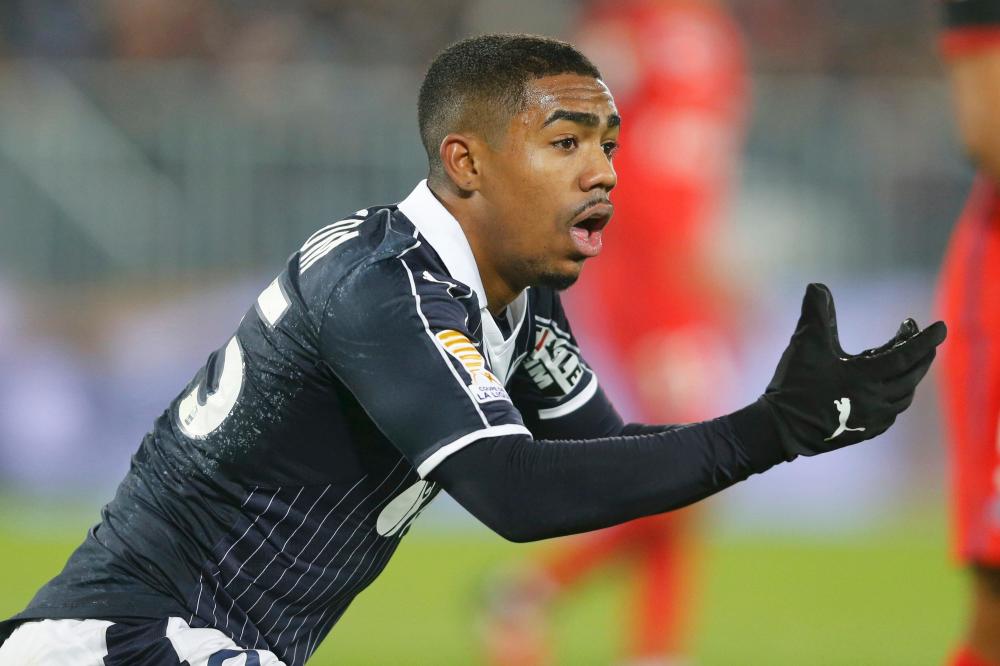 Spurs and were linked with the Brazilian forward during the January transfer window but Bordeaux refused to entertain any offers.

Malcom has admitted he was open to a switch in the winter window but is happy to see out the season at the Nouveau Stade.

The 20-year-old expects to make a move when the current campaign comes to a close, with reports suggesting the French outfit will demand a fee in the region of £50million.

'Yes, there was a promise that I will be negotiating in June,' he said.

'I will choose the team, and Bordeaux will let me go. I already said that I would have liked to leave this winter to meet new challenges. But I must also remember that Bordeaux helped me a lot.

'I gave my word to Bordeaux that I will continue [with the club] to be able to have more time to choose my future club.

'These next three or four months will make a big difference.'

Tottenham could face competition as a number of clubs from across Europe have been linked with Malcom, including rivals Arsenal.