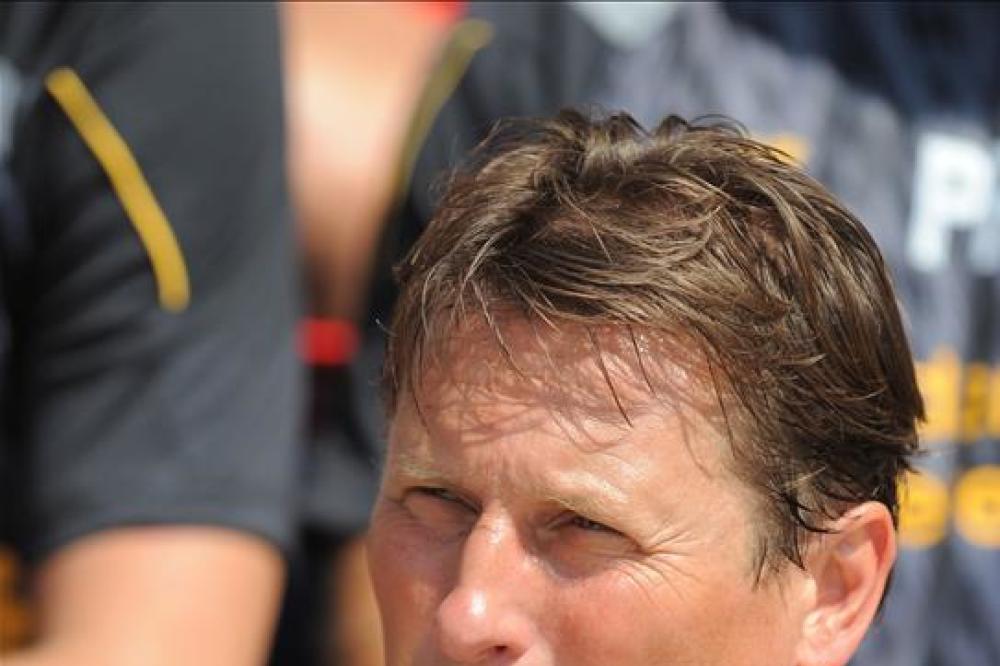 Swansea hit the 40-point mark on Saturday to all but guarantee their Barclays Premier League survival, but a sixth season of top-flight football could start in August under American ownership following secret takeover talks which became public last weekend.

American businessman Steve Kaplan and investment partner Jason Levien are heading a group in discussions over acquiring a controlling interest in Swansea.

Kaplan and Levien are involved in basketball and soccer franchises in the United States and Swansea said on Saturday evening that the deal could be completed before the end of the season.

"It would have been a massive decision for (chairman) Huw Jenkins to sell because he and the board have achieved so much," Pascoe told BBC Radio Wales.

"They've been involved since 2002 and to take Swansea to where they are now is an unbelievable achievement.

"But to compete in the Premier League, and hopefully Europe, you need the money.

"I know the amount of money clubs are going to get next season (due to the new television deal) is going to be tremendous, but everything is inflated in the Premier League."

Pascoe was Brendan Rodgers' assistant when Swansea were promoted to the Premier League in 2011.

The former Swansea and Wales midfielder joined Rodgers at Liverpool in 2012 and he worked under the club's American owners Fenway Sports Group before leaving Anfield last summer.

"This year may have frightened Swansea, Huw Jenkins and the board," Pascoe said of a relegation battle which has only eased in recent weeks with four wins in the last six games.

"Maybe they feel they don't want to be in this position again, so they need investment. Perhaps they're thinking ahead and saying 'we need more investment for this not to happen again'.

"My experience with FSG at Liverpool was brilliant. They supported the manager with the funds that he wanted, but people who invest in clubs want results at the end of the day."

Levien met members of the Swansea City Supporters Trust - who own 21 per cent of the club and have a representative on the board - on Saturday in what the Trust described as "very much a preliminary meeting".

The Trust reported that the consortium were keen to engage and work with them "to progress the football club", but expressed disappointment that they had been "kept at arms length from negotiations" and not provided with more time to consider the deal before it became public knowledge.

However, the Trust disclosed on Tuesday night that they are now studying the takeover proposals and could soon hold a consultation meeting with members.

"As we made clear in our statement on Saturday 9 April, the Trust has not had much opportunity to consider the opportunity and the merits of this potential transaction," said the Trust.

"Unlike some other shareholders, we were not aware of the interests of this consortium until two weeks ago.

"The primary objective of the Supporters Trust has always been to act in the best interests of the football club and its supporters.

"That objective remains. The Trust represents the voice of the supporters in the boardroom and in shareholder meetings and ensures the views of the club's most important asset, the supporters, are heard in those meetings."