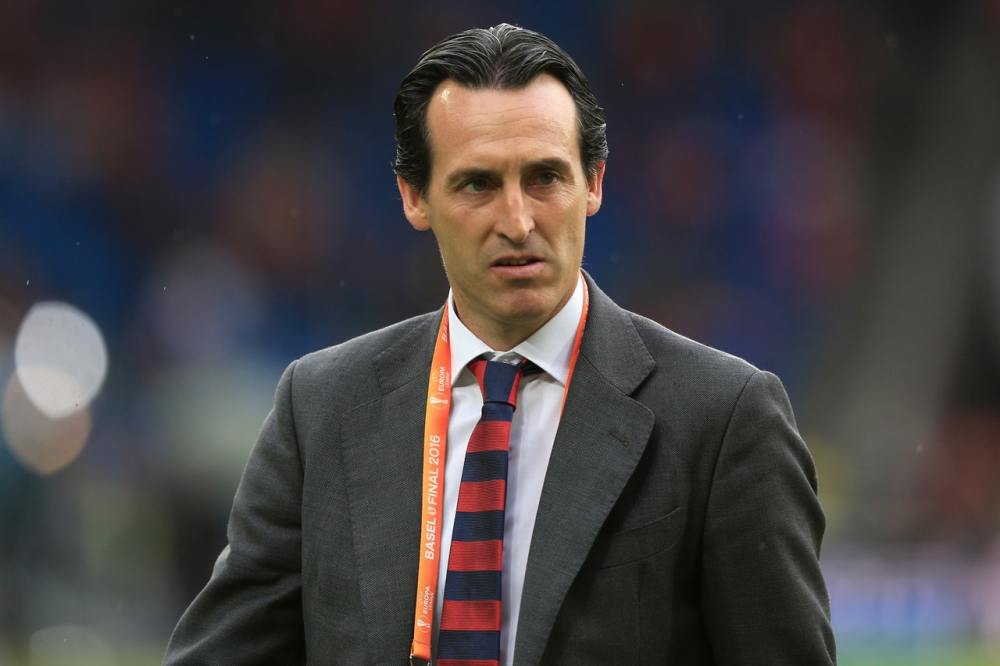 The PSG coach claims his side bossed the first leg of the Champions League last-16 tie at the Bernabeu on Wednesday.

The Ligue 1 side took a 33rd-minute lead through Adrien Rabiot before being pegged back by Cristiano Ronaldo's penalty on the stroke of half-time.

Real stole a march on the French giants in the closing stages as quickfire goals from Ronaldo and Marcelo gave the defending European champions a 3-1 lead at the halfway stage of the tie.

PSG therefore have it all to do in the March 6 return in the French capital but Emery believes he saw enough in Wednesday's performance to suggest they can prevail.

He told the club's official website: 'I'm happy with the way the team played.

'We had the game under control, and we stayed true to our principles. Our opponents were strong, especially on the counter.

'I think overall we dominated the game, we could have scored again to go ahead once more, especially if we had had some more favourable decisions.

'We're going to play the return leg at home, put them under a lot of pressure, and we'll do everything to qualify in front of our fans.'

PSG president Nasser Al-Khelaifi lamented the result but echoed Emery's assertion that the Ligue 1 leaders will prove too strong for Real in the return.

He said: 'We played well, especially in the second half. But the result is cruel. There is still the second leg. I believe in my players, it'll be difficult for Real at our place.

'We really believe we can do it and we're going to put in a great display at the Parc.'

Defender Dani Alves added: 'They're very intense games, you have to battle right to the end.

'We learned a little something, while also knowing we have the second leg at home, and we'll have to put in a great display.

'Everything is still possible, we know that the Champions League is very difficult. But we know we can turn things round at home.'