Watford may find it difficult to retain the services of Abdoulaye Doucoure following reported interest from Tottenham Hotspur. 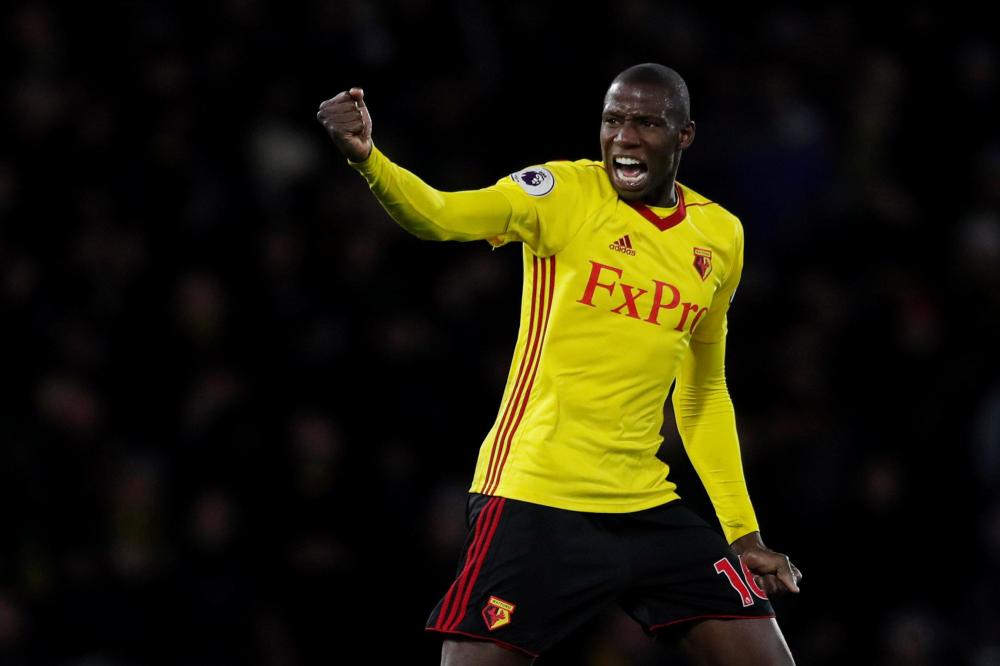 The former France Under-21 international has been in sensational form for the Hornets this season, scoring seven goals and registering three assists from 26 Premier League appearances.

His impressive performances are believed to have caught the eye of several potential suitors although it is Tottenham who are said to be leading the race for his signature at this moment in time.

Spurs boss Mauricio Pochettino has been happy with what he has seen from the 25-year-old midfielder, who only arrived at Vicarage Road in February 2016, and is ready to make a summer offer.

However, Watford, who suffered a disappointing 2-0 defeat to West Ham at the weekend, are desperate to hold onto their prized asset and have slapped a £25million price-tag in a bid to fend off any interest.

It is also claimed the Hornets are confident of Doucoure signing a new contract that will see his wages rise to £60,000-a-week.