Nico Robserg has praised Mercedes for their efforts after the German clinched victory in the Australian Grand Prix. 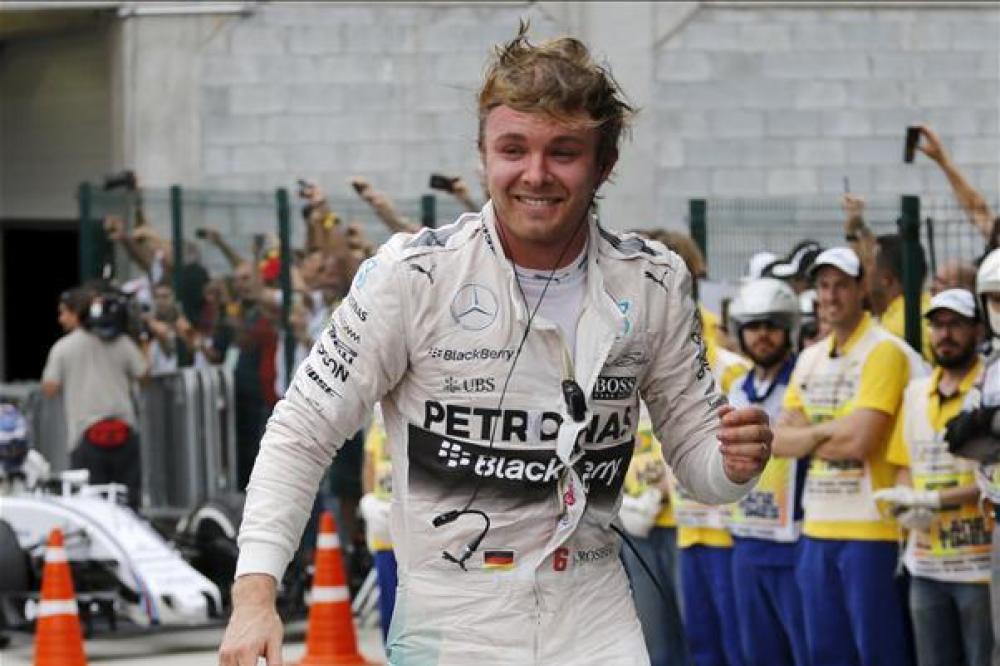 The 30-year-old, who started the season-opener second on the grid, managed to overcome a tightly-contested battle to lay down a huge marker to team-mate Lewis Hamilton, who was second.

Ferrari's Sebastian Vettel had led the race early on after a good start but a strategy error allowed the Silver Arrows to edge their way back into contention.

The race at Albert Park will be remembered most for a huge crash involving McLaren's Fernando Alonso and Esteban Gutierrez of new team Haas on lap 17.

Alonso, who thankfully walked away unscathed, tagged the right rear of the Haas and was launched into a barrel roll, coming to rest upside down in the barriers.

It was at this point that Mercedes decided to switch Rosberg's tyres and that proved crucial as he was able to move into first place.

The victory is just the start required for last season's Drivers' Championship runner-up and he hailed the effort of everyone involved in his side of the team.

"It's been a great weekend," he said. "Thank you to the team they've done an incredible job. We loved it and I'm super excited. It's early days but it's the perfect start. We have to keep an eye on the red guys."

Vettel ended up taking third spot behind Hamilton while Red Bull's Daniel Ricciardo was fourth, comfortably ahead of Williams' Felipe Massa in fifth.

Romain Grosjean was sixth for Haas in what was an impressive start for the new team while Force India's Nico Hulkenberg took seventh position ahead of the second Williams of Valtteri Bottas.