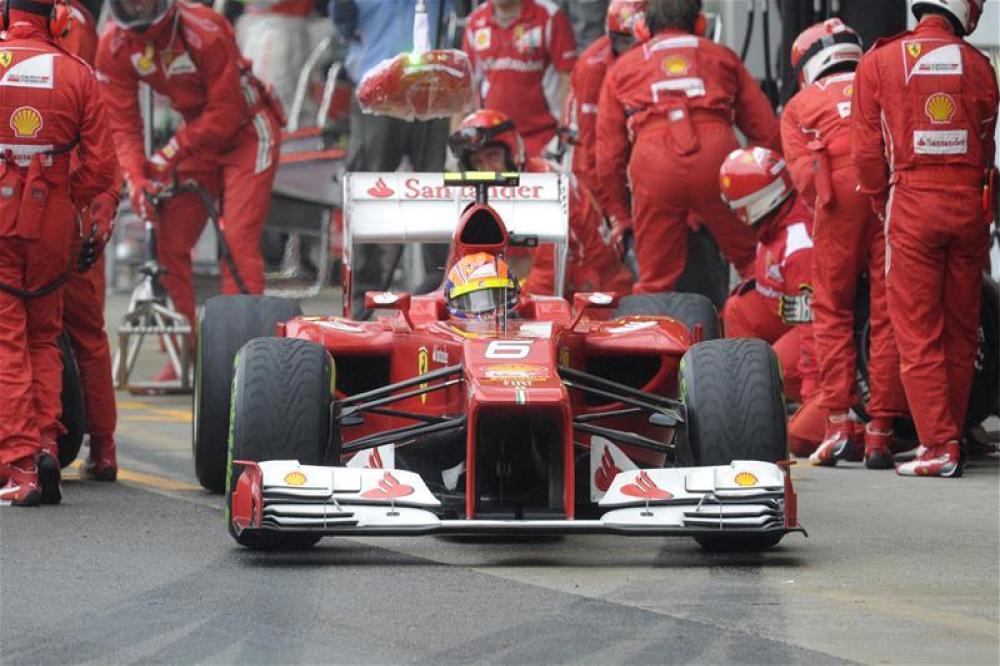 The Silver Arrows have been the dominant force over the past two years, having clinched back-to-back constructors' championship, and they are being tipped by many to make it a hat-trick in 2016.

Lewis Hamilton has managed to fend off team-mate Nico Rosberg on both occasions to grab the world title and the duo are preparing to do battle once more.

Ferrari did make some inroads in the previous campaign in their pursuit of Mercedes, with Sebastian Vettel picking up victories in Malaysia, Hungary and Singapore.

The German, for many, is the closest challenger to Hamilton and Rosberg but Webber believes the defending champions will be too hard to catch this term.

He said: "I just think that Ferrari are not quite there, in terms of the whole set of demands that are required to pull a championship together against Mercedes."

However, Webber has offered some hope to Vettel and the Australian says the continued rivalry between the Mercedes pair could work in the favour of the rest of the field.

He added: "The thing that may help Seb is that internal team rivalry between Lewis and Nico - that might pull them around a little bit on points."

The action gets underway on Sunday with the Australian Grand Prix, where Hamilton will be looking for a repeat of the performance that got him off to a perfect start in 2015.