After 14 days at sea an all-female crew, the Seagals, have now rowed 600 miles in their attempt to become the first women ever to row around Britain’s coastline.

When they set out on the Virgin GB Row challenge on June 1, the women were racing against an all-male team for a £15,000 first prize.

But the men’s team, the Misfits, retired from the race yesterday (Monday June 14) leaving the four women, led by Belinda Kirk, from Bristol to continue the circumnavigation alone.

In the two weeks since this race, officially the toughest rowing race in the world, began at Tower Bridge in London, they have rowed the south coast of England, past Land’s End and are now making their way along the south Wales coast.

They are also rowing their tiny 24-foot-long boat, Go Commando, through some of the world’s busiest shipping lanes.

Last night (Monday) they narrowly escaped being hit by a huge car transporter ship, in the Bristol Channel.

Bev Ashton, who was rowing with American Angela Madsen, said: "Angela and I had to cross a shipping channel. As luck would have it just as we entered the area we spotted a ship on the horizon, the Grimaldi Lines Grande Portogallo.

"It travelled much quicker than we expected to the extent that we put on a five-minute sprint to make sure we were clear.

"Closer than comfortable - about 500feet - but safely out of the way and now.

The Seagals are likely to be rowing into headwinds all week as they make their way north through the Irish Sea towards Scotland.

The Seagals crew: Laura Thommason, 23, from Dover, Kent, is a Royal Navy Nurse at the Queen Alexandra Hospital in Portsmouth.

Belinda Kirk, 34, a TV producer and expedition leader, is from Bristol.

Bev Ashton, 28, a married IT specialist is from Wantage, Oxfordshire. She learned to row at university in Salford and grew up in Gateshead.

Grandmother Angela Madsen, 50, was left paraplegic after an accident when she served with the US Marines. She has already rowed the Atlantic and the Indian Ocean.

Crews in the Virgin GB Row race are not allowed to receive outside help or stop in ports. They will carry all their food for the journey and use a special on-board water maker that turns sea into drinking water.

They will battle against some of the Britain’s unforgiving tides, the busiest shipping lanes all under the umbrella of Britain’s notoriously unpredictable, inhospitable weather.

On their return to Tower Bridge the Seagals will win £15,000 and claim the Virgin Trophy. They will also  receive a £30,000 bonus if they break the existing world record.

Only one crew has successfully rowed non-stop around Britain. In 2005 they endured Force eight gales with 50-foot waves, narrowly missing being capsized in the North Sea by a freak wave to complete the 2010-mile journey in an incredible 26 days - a world record.

The second boat will collect £6,000 if they complete the course and cross the finishing line on the River Thames in London.

Virgin Group’s chairman, Sir Richard Branson, will meet the crews aboard HMS Belfast at 1000 BST on the morning of the race, which will be started at 1730 BST, Sir Richard’s daughter, Holly Branson when the tide ebbs.

Virgin’s founder Richard Branson is delighted that Virgin is sponsoring this epic adventure and is looking forward to presenting the first-ever Virgin Trophy to the winners of Virgin GB ROW 2010.

"At Virgin we love to encourage people to take on challenges and we’re delighted to be able to offer the Virgin Trophy as a prize in this amazing race, where the rowers will face the most incredible challenges to reach the finishing line.

"Both teams will face some of the most treacherous tides, and the busiest shipping lanes in the world, plus Britain’s notoriously
unpredictable weather.  I don’t envy them this adventure! And honestly I’m not secretly backing the SeaGals in ‘Go Commando’ as my odds on favourite!" - Sir Richard Branson

The race has been organised by the Anglo American Boat Club, whose president is William de Laszlo, skipper of the team that set the round-Britain rowing record in 2005.

"We’re delighted Virgin have agreed to be lead sponsor for this great adventure. The £30,000 bonus on offer will certainly spur both crews to try to set a new world record but they face the some of toughest conditions a rower will ever endure. It will test both crews to the limit." - William de Laszlo

Virgin Group’s chairman, Sir Richard Branson, will meet the crews aboard HMS Belfast on the morning of the race, which will be started at 5.30pm, Sir Branson’s daughter Holly Branson when the tide ebbs.

GB ROW 2010, is even tougher than rowing across the Atlantic, according to adventurer Oliver Dudley, who rowed the Atlantic in 2008. His attempt to row around Britain last summer was abandoned because of atrocious weather in the Irish Sea.

"There is no doubt about it, rowing around the UK is harder by far than rowing the Atlantic. Around Britain is much more dangerous with treacherous tides and unpredictable weather. On my attempt last year we were almost mown down by a tanker. It was the scariest moment of my life and then you have the danger of hitting the land." - Oliver Dudley 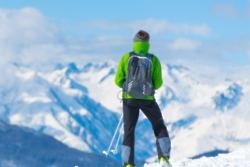 Lads & Boys Ski Holidays: Best Resorts, Tips & Advice from Get me to the Alps 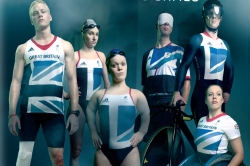 Cuts made to Paralympics 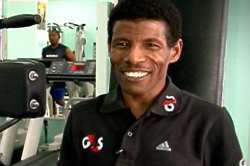