Mo Farah revealed that he was inspired to gold on Saturday night after seeing Jessica Ennis win gold.

It was a golden night in the Olympic stadium as both Jess Ennis and Greg Rutherford picked up gold medals in the heptathlon and long jump before Mo Farah took to the track.

And Farah admits that he had seen Jess with the Union Flag and that inspired him ahead of his 10,000m final.

Speaking to BBC Sport Farah said: "I saw Jess with a flag and knew she must have won gold and I just felt I had to win."

"As I came through the tunnel, people were just shouting 'Go Mo!' and the atmosphere was something else.

"I was really buzzing, it was like someone had just given me 10 cups of coffee, I was just pumped up so much."

Four years ago it was disappointment in Beijing as the dominance of the African runners continued - but in London he was the dominant force.

It was a slow run race with many of the major medal contenders still in contention with just a lap to go.

But Farah surged ahead at the bell and the rest of the field were unable to catch his as he crossed the line in a time of 27 minutes 30.42 seconds.

And he could add to that medal tally as he is set to run in the 5,000m later this week. 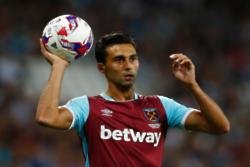 Win a copy of Parallel on DVD

Win a copy of Made in Italy on DVD