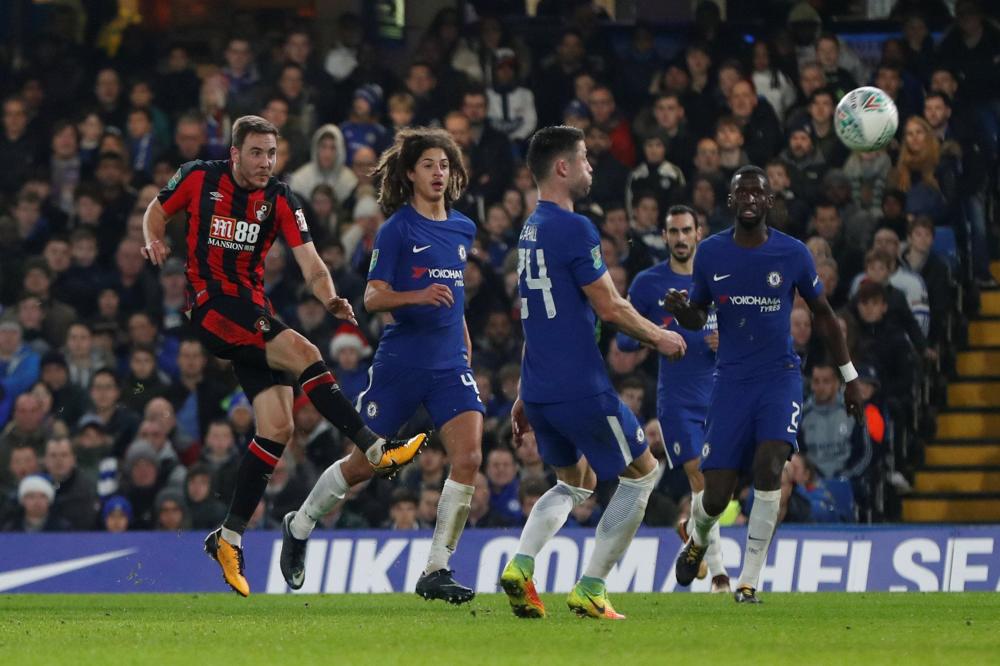 The Cherries are winless in seven games after Wednesday night's 2-1 Carabao Cup quarter-final loss at Chelsea.

But Eddie Howe's men pushed City close at home in August, when Raheem Sterling's goal in the seventh minute of stoppage time proved decisive in the visitors' 2-1 win.

Bournemouth lost 1-0 at Manchester United last week before a 4-0 reverse at home to Liverpool, but Gosling thinks the performance in the 2-1 defeat at Chelsea showed promise.

"We were not at it at all against Liverpool. We needed a reaction and I think we got that," Gosling told AFCB TV.

"They're obviously running away with the league at the minute. It's a great challenge for us to try to stop them.

"We go to the game to win. We don't go to see how many we can't concede. We go to win and hopefully we can get something from the game."