Arsenal and Liverpool are set to battle it out for the £40million capture of Stoke goalkeeper Jack Butland at the end of the season. 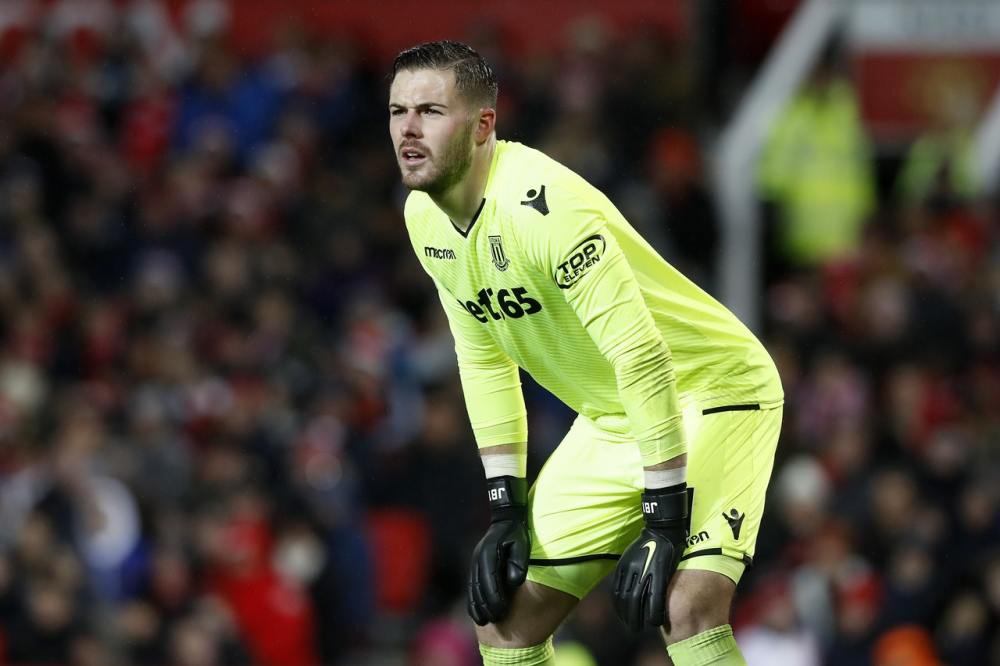 Butland has been dogged by a number of injury issues over the past two seasons but is now back to full fitness and is pushing to be England’s number one goalkeeper at the World Cup in Russia this summer.

Had it not been for the injury problems, Stoke would have had to fend off interest well before now, but they are bracing themselves for interest ahead of the transfer window opening again in July.

Liverpool boss Jurgen Klopp has chopped and changed between Simon Mignolet and Loris Karius, and is keen to bring in a new number one, with Butland said to be his top target.

However, there is also strong interest from Arsenal as reports claim that Arsene Wenger has doubts over Petr Cech, who has struggled for consistency in this campaign, and is no longer seen as the future.

Stoke will fight to keep hold of the youngster, but it is thought a fee in the region of £40million will tempt them to cash in.