Arsenal are reported to be among the clubs tracking young striker Umar Sadiq, who is impressing while on loan with AS Roma. 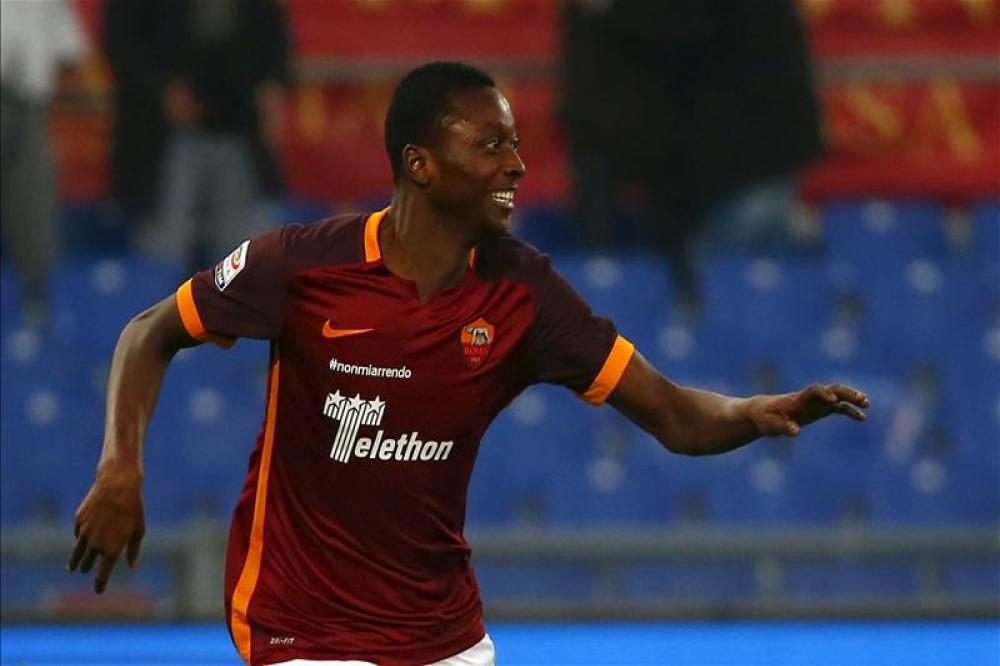 The 19-year-old Nigerian joined Roma from Serie B side Spezia Calcio in the summer and has made six appearances for the first team, firing home two goals in the process.

The striker now appears to have caught the eye of Gunners scouts, while reports also claim that arch rivals Tottenham and Liverpool are also showing an interest.

Roma have first option to sign Sadiq for a fee in the region of £2million, but it has been suggested they will look to sell him to a Premier League club and make a quick profit.

An asking price of £16million has been mooted in the Italian press, and that is sure to end Arsenal's interest as Arsene Wenger will not go that high for a striker that is still unproven.