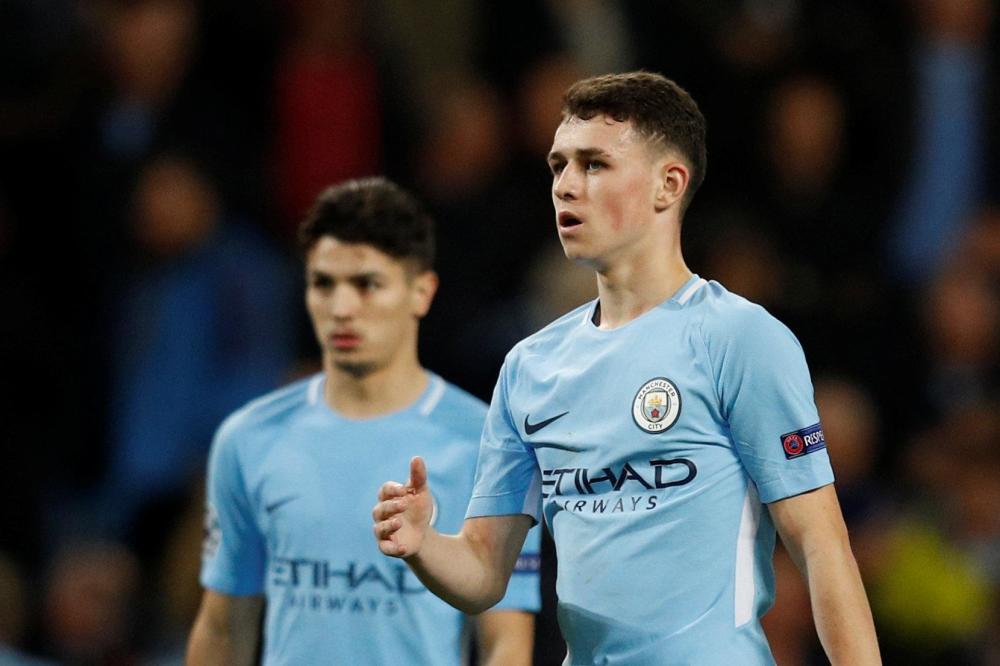 Guardiola would not reveal how long Foden would be sidelined, but it is a clear setback for the 17-year-old after breaking into the first team this season.

"He's injured, it's not good," said Guardiola at a press conference to preview the Premier League leaders' home clash with Bournemouth on Saturday. "The last fixtures (of 2017) he will not be able (to play). He will be out for a time."

Guardiola feels Foden, who has made four appearances this season, has been very unlucky when compared to the heavy challenges that Raheem Sterling and Kevin De Bruyne were subjected to last weekend.

Sterling and De Bruyne were caught by bad challenges from Tottenham's Dele Alli and Harry Kane respectively, but escaped without serious damage in City's 4-1 win at the Etihad Stadium.

Guardiola said: "We were lucky with Raz and Kevin De Bruyne in the last game against Tottenham - really really lucky - but we were unlucky with Phil against Leicester.

City, who are 11 points clear at the top of the table, head into the Bournemouth game looking to extend their Premier League record run of 16 successive wins.

The sequence started with a last-gasp win over the Cherries at the Vitality Stadium in August. Sterling scored the decisive goal deep into injury time.

Guardiola said: "It was so important because we drew the game before against Everton at home. Nobody expected us to make 16 games in a row in that moment.

"You are not able to win all 16 games by a big gap. That's why it happened. We had luck in that moment. Hopefully tomorrow we can make a good game."

Guardiola confirmed that City will consider signing a centre-back in January.

He said: "I said many times we are going to try. I don't know if we will be able because the market is completely different than in summer time.

"But we have to buy a player not just for the rest of the season, but for the next two, three or four years."

Guardiola would not comment on reports of interest in Southampton's Virgil van Dijk.

"I never speak about what is our target," he said.