Gabriel Jesus could make his long-awaited return from injury in the Carabao Cup final against Arsenal in just 12 days' time. 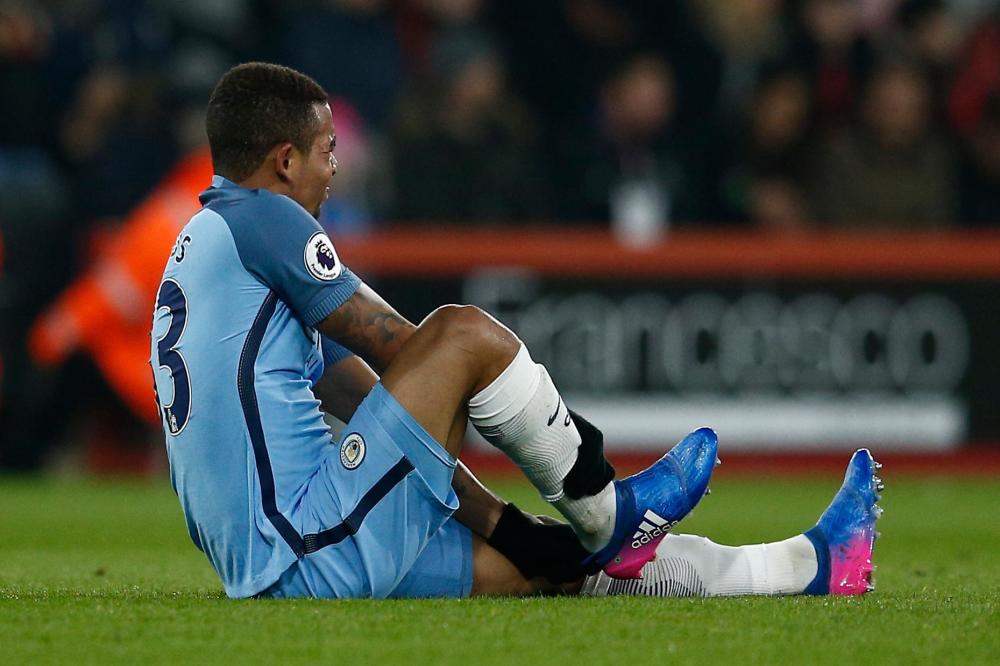 Manchester City's Brazil forward is on the verge of returning to full first-team training by the end of the week after damaging medial knee ligaments at Crystal Palace on New Year's Eve.

Pep Guardiola had recently hinted Jesus could be out for a further month but it is understood the 20-year-old is seriously eyeing the Wembley date, which would significantly boost the Citizens' chances of lifting the first major domestic trophy of the season when they face the Gunners.

It is thought Jesus will be assessed by City's doctors heading into the weekend, with positive vibes the Samba starlet will get the green light to be fully integrated back into the fold.

That would also be a major relief to Guardiola, who has admitted he needs to give top scorer Sergio Aguero a rest in the coming weeks as he has been carrying the goalscoring burden on his own, having also been without the services of Germany winger Leroy Sane due to an ankle injury in recent times.

Jesus was not in hot scoring form prior to his setback at Selhurst Park although he had still managed to find the back of the net on 12 occasions and will be looking to hit his peak form quickly ahead of this summer's World Cup finals in Russia.