Manchester United manager Jose Mourinho is this weekend finally hoping to get that winning feeling at Newcastle. 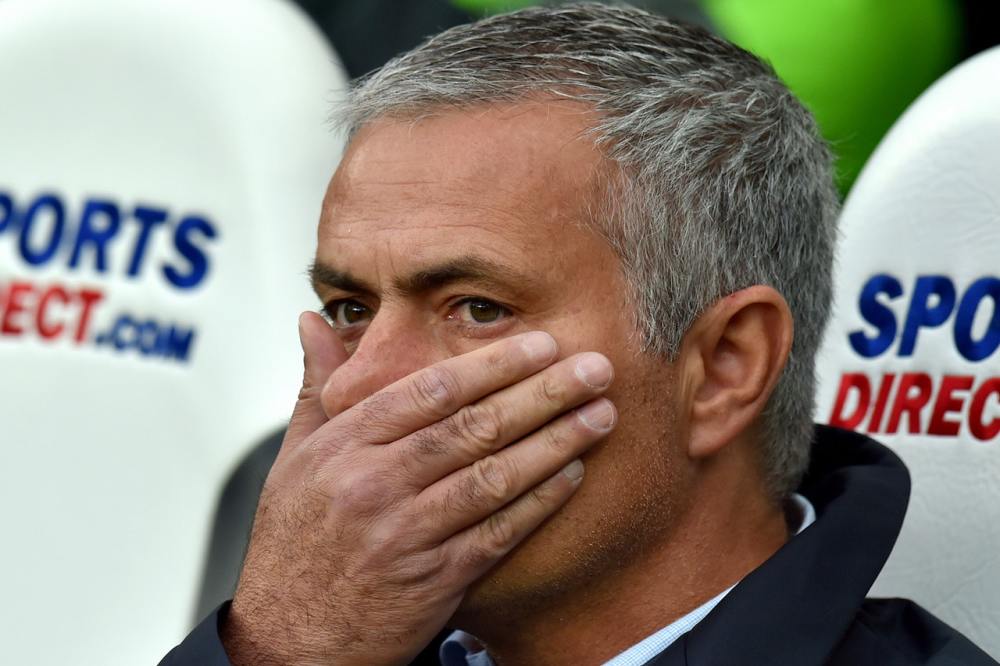 For a man that has enjoyed plenty of success on English soil, including winning three Premier League titles, it is somewhat surprising that the Portuguese has failed to win in his six top-flight visits to St James' Park.

Mourinho has lost half of those matches and hopes to belatedly triumph in the north east when going toe-to-toe with old foe Rafael Benitez at a stadium that holds a special place for the United boss given his association with Sir Bobby Robson.

'I don't know,' the United boss said with a laugh when asked why he could not win at Newcastle.

'It's true. I think it's the only stadium in the Premier League (I have not won at) - also Huddersfield but I played there only once.

'I hope tomorrow the result is different, but I know that the characteristics of the game are not going to be different.

'I think they are a good team, I think they had a very good transfer window with Kenedy and (Islam) Slimani - they are two players that I know very well and can really improve their team.

'Benitez knows how to get points, so I think it is going to be difficult.'

Mourinho spoke well of Benitez ahead of the game as tensions between the pair seemingly continue to thaw.

Their Champions League duels will live long in the memory, but nowadays one manager is hoping toavoid losing any more distance on the league leaders as the other looks to avoid the drop amid background tension.

Only a point separates Benitez's Newcastle from the bottom three ahead of the weekend fixtures but Mourinho has no doubt Sunday's opponents will beat the drop.

Put to the United boss that it is not easy to manage Newcastle, he said: 'I believe but I am not the person to say why because what I know from the club is the incredible army of fans, a city that lives for the club and supports the club.

'I can remember many of them, some of the best ones in the country - Benitez another example - so it's difficult to understand.

'But if you ask me if I think Newcastle are going to be in the Championship next season, I say immediately no way. I think they know how to get the points to stay in the division.'

Zlatan Ibrahimovic will miss the match despite returning to first-team training after a knee injury during the week, while Daley Blind, Eric Bailly and Marouane Fellaini remain sidelined.