Paul Lambert has reassured Stoke fans that the speculation surrounding Jack Butland will not affect the goalkeeper's performances. 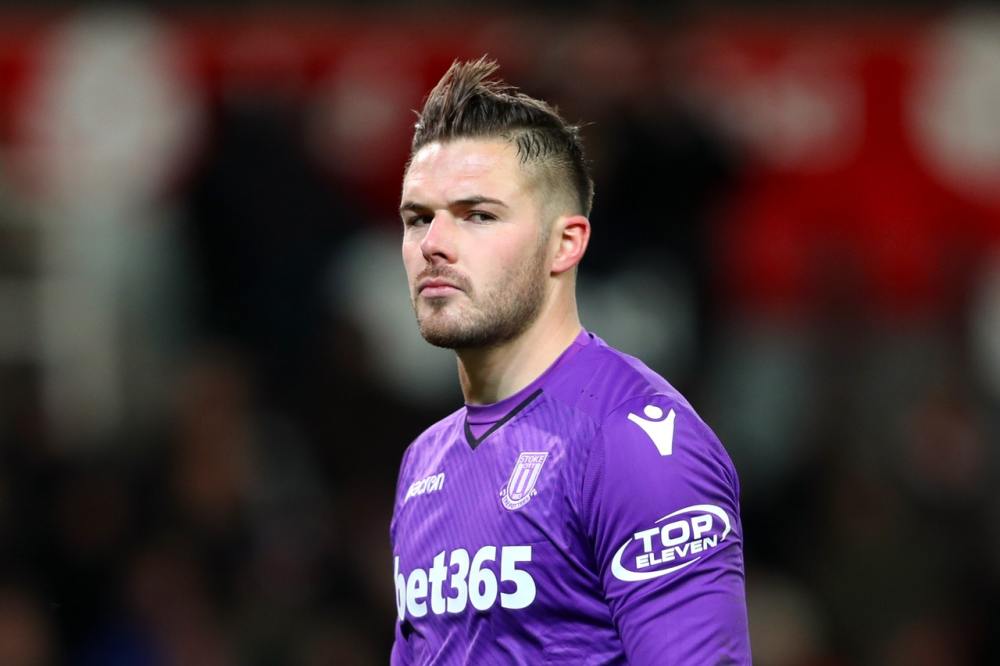 Recent reports have linked England international Butland with a move to either Arsenal or Liverpool during the summer, with that speculation gathering pace due to Stoke's precarious position in the Premier League standings.

However, the goalkeeper himself came out to deny those rumours earlier this week, while he has also reiterated his commitment to the Potters.

Now manager Lambert has had his say on the situation and he has been quick to praise the way Butland has handled things, while also talking up the abilities of his number one.

'I only heard about the story this morning and that Jack had quashed the rumours as such,' Lambert told the club website. He is one of the best goalkeepers going around, in Europe terms as well. Without a doubt the boy's a terrific goalkeeper, a good lad as well.'

Lambert has also reassured supporters that Butland will not be affected by the ongoing speculation, as the 24-year-old is the ultimate professional.

The Scotsman added: 'He's too good a guy, too good a pro to be affected by any talk. He's been terrific since I've been here and as a person he's been great too.'

Stoke are next in action when they travel to the King Power Stadium to take on Leicester in the Premier League on February 24.