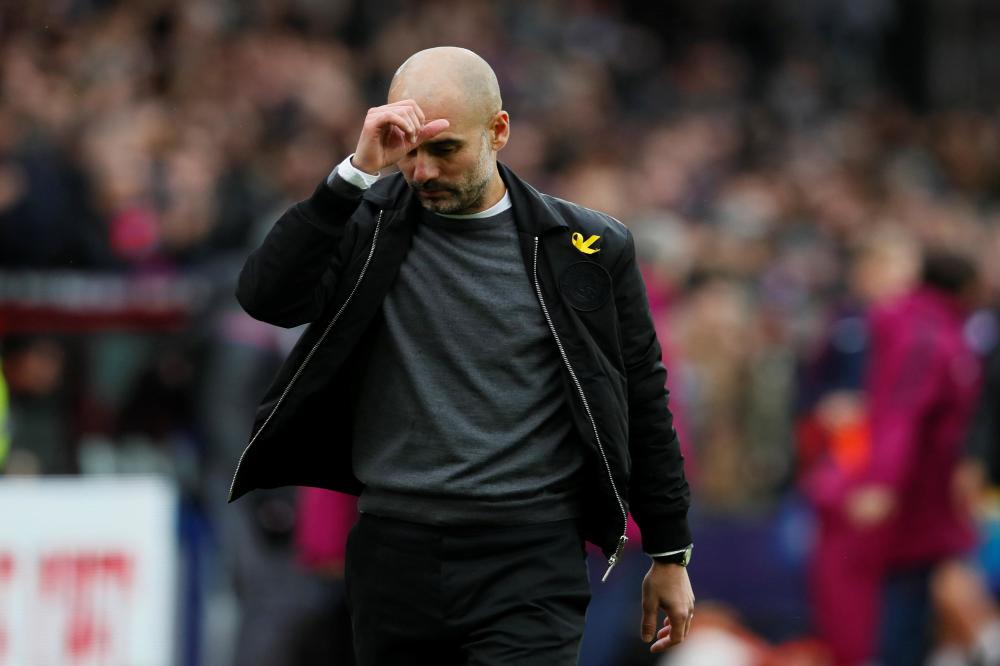 Two years ago the England international was jeered and substituted at half-time during his first game back at Liverpool following his B£49million move to Manchester City.

Sterling received similar harsh treatment from Reds fans as he endured another difficult match at his old ground last season.

But this time things could be different with Sterling enjoying the best form of his career ahead of the Premier League leaders' trip to Merseyside on Sunday.

The 23-year-old has been one of the key figures in City's outstanding start to the campaign and has 18 goals to his name, his previous best in a club season already smashed by seven.

City manager Guardiola said: "Normally when this kind of reaction happens it is because he was loved by the fans.

"I understand completely but it is not the first time he has gone back. I think it is the second or third time.

"I think he's more mature. Of course he has to be calm and play the game he has to play."

City have won 20 of their 22 Premier League matches this season and drawn the other two. They seem to be powering to the title but, of all teams, Liverpool are considered one of the most likely to threaten their unbeaten record.

Jurgen Klopp's men have found form themselves and have not lost in 13 outings in the league, making them strong challengers for at least second place.

The encounter will also be a clash of two of the most exciting teams in the competition.

City may be able to afford a slip-up but Guardiola views the contest as a stern test of his side's credentials.

He said: "It's a real test to go to Anfield, one of the most prestigious stadiums and teams in the world. So we'll try to put in a good performance. It's a big game for us and we are going to prepare as best as possible.

"If you want to achieve something good or win titles you have to not just win, you have to win on these kind of stages.

"It is such an important game to see if we are able to do big things in this season, especially in the important stages of the Champions League, for when we arrive in Basel, or the FA Cup."

City have not won at Anfield since 2003 while top scorer Sergio Aguero's six goals against the Reds have all come at the Etihad Stadium.

Guardiola said: "I don't believe in these kind of things.

"Manchester City won twice there in 45 years, the last time 15 years ago, but that shows how difficult it is to play there.

"But records are always there to be broken so maybe on Sunday Sergio can break that record."