Pep Guardiola paid tribute to Sergio Aguero as he fired home four goals in the 5-1 win over Leicester on Saturday. 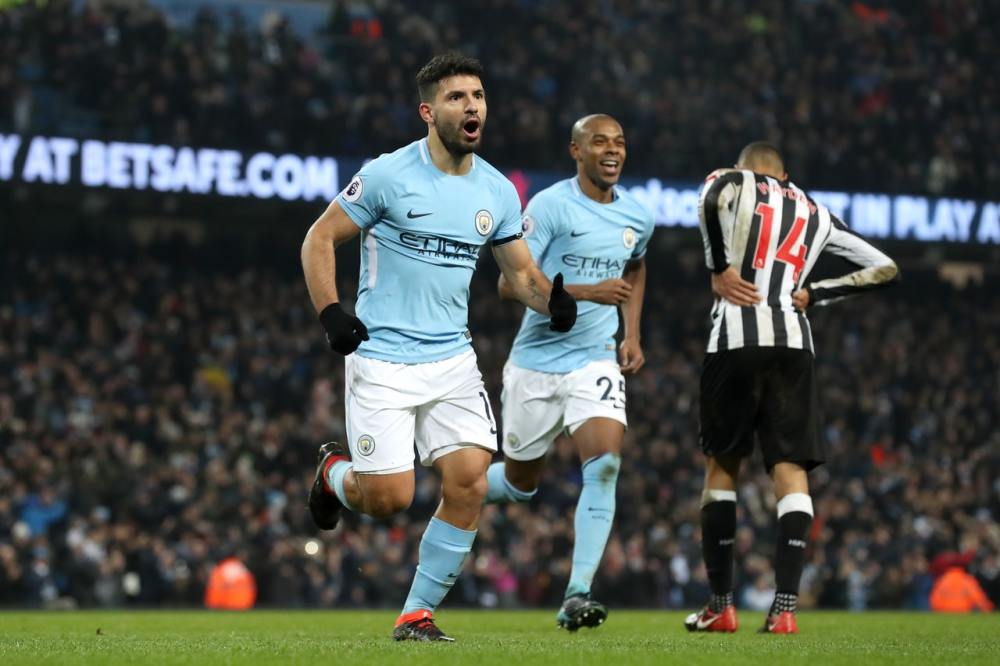 Aguero scored all his goals in the second half, propelling Manchester City to a 16-point lead at the top of the table after Jamie Vardy had cancelled out Raheem Sterling's early opener.

The City boss felt there was not much difference in their performance from the 1-1 draw with Burnley the week before, apart from Aguero who took his chances well.

'We made a good performance and when one guy is able to score four goals, he deserves all the credit and the nice words,' Guardiola told reports after the game.

'He fought, he played really good and he scored goals and it's so important, we needed it. We played not quite as well as in Burnley but in Burnley we missed a lot of chances. Today we were there.'

Meanwhile, Guardiola says City cannot take their foot off the gas despite opening up the 16-point gap.

'I cannot deny the distance for the next one, today is 16, tomorrow maybe United is going to win and 13 points,' he said. 'There is still a lot to play, I don't know what is going to happen. So far we have 72 points in February so it is a lot.'