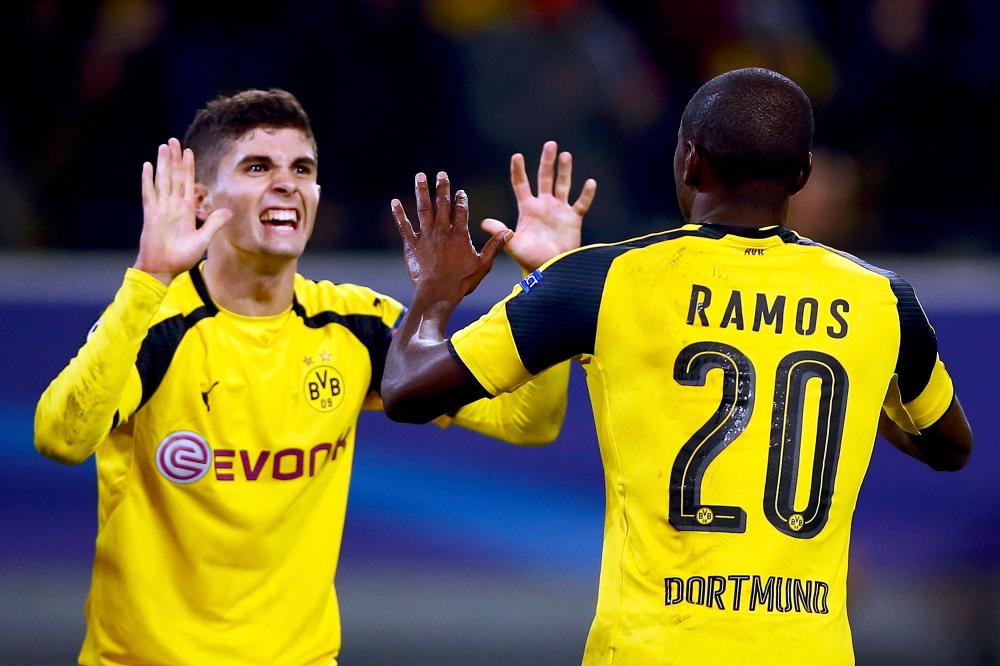 The 19-year-old has been a revelation for Dortmund, who now face a battle to keep hold when the transfer window re-opens at the end of the season, with a host of clubs keen.

BVB managed to fight off the interest last month, but are bracing themselves for more interest in the summer when big offers are expected to come in for the US international.

Liverpool have always been seen as frontrunners to sign him as they look to replace Philippe Coutinho, but reports in Germany claim that Manchester United also have a strong chance of doing a deal.

Bundesliga giants Bayern Munich could also offer him the chance to stay in Germany and a three-way battle looks to be on the cards once the current campaign is over.

Jose Mourinho is planning another bumper spending spree in the summer and it would appear that Pulisic is high on his wanted list.