Carter Full of Praise for McCaw

Fly-half Dan Carter believes New Zealand captain Richie McCaw is "a legend of the game" as he prepares to break another record.

McCaw will captain the All Blacks for a World Cup record 12th time in their semi-final against South Africa at Twickenham on Saturday afternoon. The 34-year-old is reportedly considering his future in the game but he has enjoyed a memorable year so far. 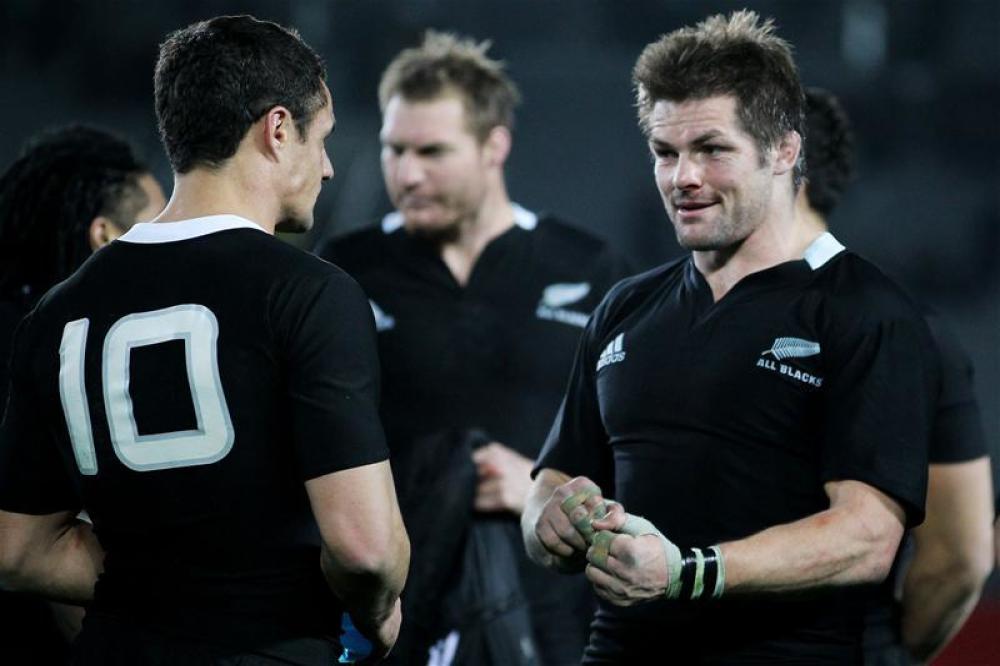 Carter full of praise for McCaw

He became the most-capped player in rugby union history earlier this year and he has captained the side on more than 100 occasions.

Saturday's game could be the last time the pair play together and Carter insists McCaw is an icon of the game.

"He leads the team fantastically well. He is an inspiration, a player that really motivates this side because of his actions," said Carter.

"You see him at training. He is first out, and last to leave. His work ethic is fantastic.

"Out on the field, he is the first guy to put his body on the line, and when you are working so closely with him, it inspires you to do the same.

"To have such longevity in this demanding game goes to show his professionalism, his drive and desire to play at this level. I feel honoured to play alongside this legend of the game."