Andy Murray made light work of Andy Roddick in the Queen’s semi-final as he dispatched the American for the loss of just four games.

It was one of the best performances of the year for the British number one as he broke Roddick early in both sets to always have his nose ahead.

Roddick’s serve didn’t have the usual devastating effect as Murray’s great return game was on show in all its glory from the start of the match.

Murray dominated the rallies and Roddick just had no answer for the master class that Murray was putting on for a delighted centre court crowd.

And while Roddick was in contention in the first he was merely a spectator in the second and Murray moved through the gears and got a double break to lead 4-1, which soon turned into 5-1 when he held his own.

Roddick did save two match points in the seventh game but it he could not save the third as he sent a drop shot into the net.

Speaking to the BBC after the match Murray said:  "It was just one of those days. I hardly missed a ball. I was just lucky. Everything that touched my racquet came off. I felt great out there.

"[But] I'm sure if we play in a couple of weeks at Wimbledon it'll be a lot more competitive. Andy came into the net quite a lot, so I hit many passing shots today. It's nice to get off the court quickly.

Murray will now play either Jo-Wilfred Tsonga or James Ward - should ward win it would be the first all British final at Queen’s since 1931. 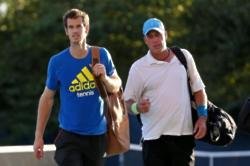 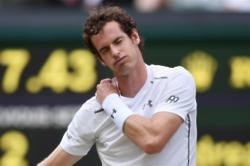 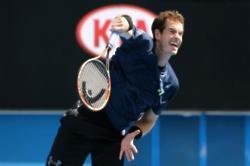