Andy Roddick delayed his retirement for another couple of days as he saw off Fabio Fognini to book his place in the fourth round.

The Arthur Ashe Stadium got behind the man from the first to the last ball as the former world number one rolled back the years with some great play.

Roddick edged a very tight opening set but it was even tighter in the second when Fognini forced a tie break.

But the American was in total control in that tie break as he dropped just a single point to take it 7-1.

But it didn't all totally got to plan as Fognini battled back to take the third set - but Roddick was not to be denied.

Speaking about the clash with Del Potro to the Press Association Roddick said: "He's a tough match-up for anybody because he hits such a big ball.

"I'm going to have to serve well, kind of try to rush him a little bit. When he gets into a groove and has time, he'll put a hurt on the ball.

"I'll go out and give it a go. I'm not really planning anything. I'm kind of winging this thing as I go."

2012 has been the best year so far for Del Potro since returning from having wrist injury and this promises to be one of the best clashes of the fourth round. 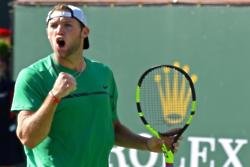 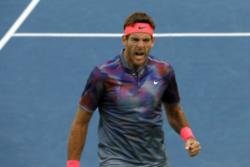 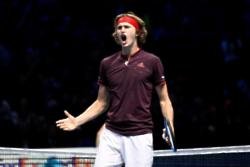