Andy Roddick crashed out of the Western & Southern Open in Cincinnati in his opening round clash with Philipp Kohlschreiber.

The American did not play in Montreal last week due to an injury issue but looked to have put that behind him as his booming serve did the business in the opening set.

And while Roddick was comfortable in his own service games he couldn't make inroads into the Kohlschreiber serve and a tie break was needed.

In that breaker Roddick's serve continued to do all the damage an he too it 7-5 to clinch the opening set.

Into the second and a break in the fifth game saw him take a 3-2 lead. But he was unable to see the set out as a double fault saw him lose the advantage in the eighth game as the German got the set back on equal terms.

More double fault problems from Roddick saw him hand the set to Kohlschreiber and the pair were going the distance under the light of Cincinnati.

The American did have his chances to break the Kohlschreiber immediately in the third set but he was unable to convert.

But Roddick's game crumbled in the third set as he struggled to control his temper. He has been given a warning for smashing his racket but when he hit the ball into the stands he was given a point penalty - because it was 30/40 on the Roddick serve he lost the game.

Speaking to the ATP after the match Roddick said: "For two sets tonight I actually hit the ball well considering. I hit the ball a lot better than I thought I would, if I'm being totally candid.

"I probably will wake up tomorrow morning feeling a little bit better about where I'm at than I did when I woke up this morning. I'm not that concerned about New York right now.

"I got to get to Winston Salem and try to get a couple matches. That's it. For me it's silly to think about New York yet.

Kohlschreiber will now face Feliciano Lopez in the second round as the Spaniard came through in three sets against his compatriot Juan Carlos Ferrero. 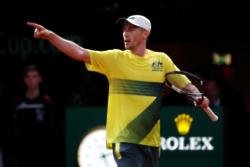 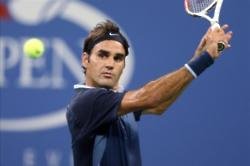 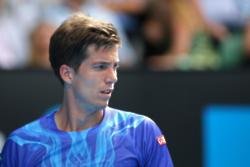