Francesca Schiavone will have a shot defending her French Open crown in the women's final tomorrow afternoon as she saw off home favourite Marion Bartoli to book her spot in the last two.

Schiavone potentially had a tough battle on her hands as the Court Philippe Chatrier crowd got behind Bartoli from the very first ball.

While both players did cope with the blustery conditions it was Schiavone's mix of play that was really to her advantage.

She mixed her powerful forehands with plenty of work on the backhand and at the net and it was too much for the Frenchwoman in the first set as Schiavone took it 6-3.

Into the second set and it was Bartoli who made the better start as an early break as she opened up a 3-0 lead.

But Bartoli couldn't hold onto that advantage as Schiavone managed to get the break back - and Bartoli didn't win another game.

The defending champion wrapped up a 6-3 6-3 victory and could defend her title tomorrow.

Speaking to the WTA after the match Schiavone said: "The crowd today was fantastic with Marion - they supported her from the first point to the end. I can understand, when I play Roma it's the same.

"But I have to say thanks to my 50 or 100 fans that came today. For me it's always a pleasure to play in front of the crowd and all these fans."

"Saturday I will go on the court enjoying, breathing, saying thanks for everything, because for me to arrive in the final is fantastic.

"And then I will play tennis. Sometimes we forget to play tennis - we go inside ourselves and break everything and we're upset. But it's just tennis. It's fantastic." 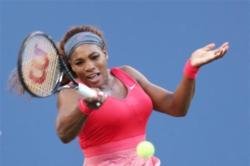 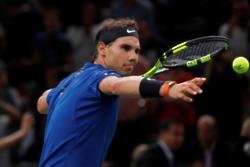 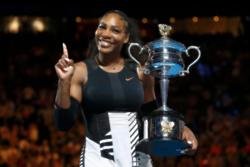