Novak Djokovic has admitted he is managing his shoulder injury after beating Adrian Mannarino to seal a Wimbledon last-eight place. 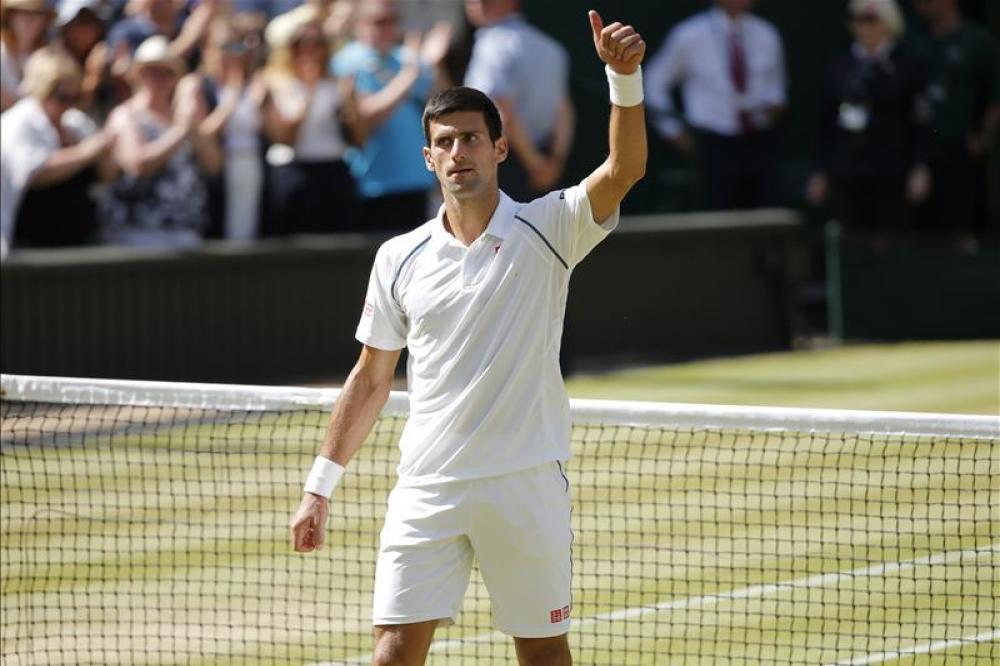 The Serb didn't have too many problems seeing off the Frenchman on Tuesday as he overcame Mannarino in straight sets, winning 6-2 7-6 (7-5) 6-4 in two hours and 13 minutes under the roof on Centre Court.

The win sets up a quarter-final clash against Czech 11th seed Tomas Berdych next for Djokovic, who admitted his shoulder was causing him some issues.

He told BBC Sport after the last-16 game: "We'll see. It has something which has been dragging back and forth for a while, but I am still managing to play."

Djokovic's game was held over from Monday night as it was supposed to be on Court One but Rafael Nadal and Gilles Muller's five-set epic meant it had to be postponed.

The world number four did not seem too worried about that after the win, but he did express his concerns over the state of the grass on the showpiece court, which has looked very worn this year.

He added: "The courts are not that great this year, many players feel the same. I am sure the groundsmen are the best in the world, but grass is the most complex surface to maintain."