Great Britain are through to the Fed Cup World Group II play-off after Johanna Konta and Heather Watson won to beat Hungary. Konta was dominant in taking down Fanny Stollar, breaking serve five times in a comprehensive 6-3 6-1 triumph, while Watson had earlier needed three sets to get past Dalma Galfi.

The Guernsey-born ace came from a set down to win 3-6 6-1 6-4 despite being broken in the eighth game of the deciding set and wasting two match points.

It means that the result of the doubles is now irrelevant as GB have topped the group and will have to wait until April for a crack at breaking into the World Group.

It is the second year running that they have reached this stage and will hope to do better than when they lost to Romania last year in the infamous match in which Ilie Nastase's poor behaviour took the headlines.

It will be the fourth time in the last seven years that the Brits have had a chance to reach the elite group but they have yet to find a way through the door. 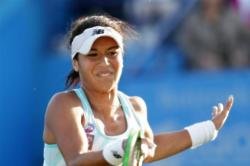 Watson Through in Hobart 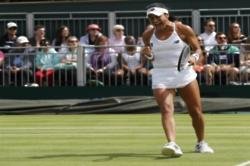