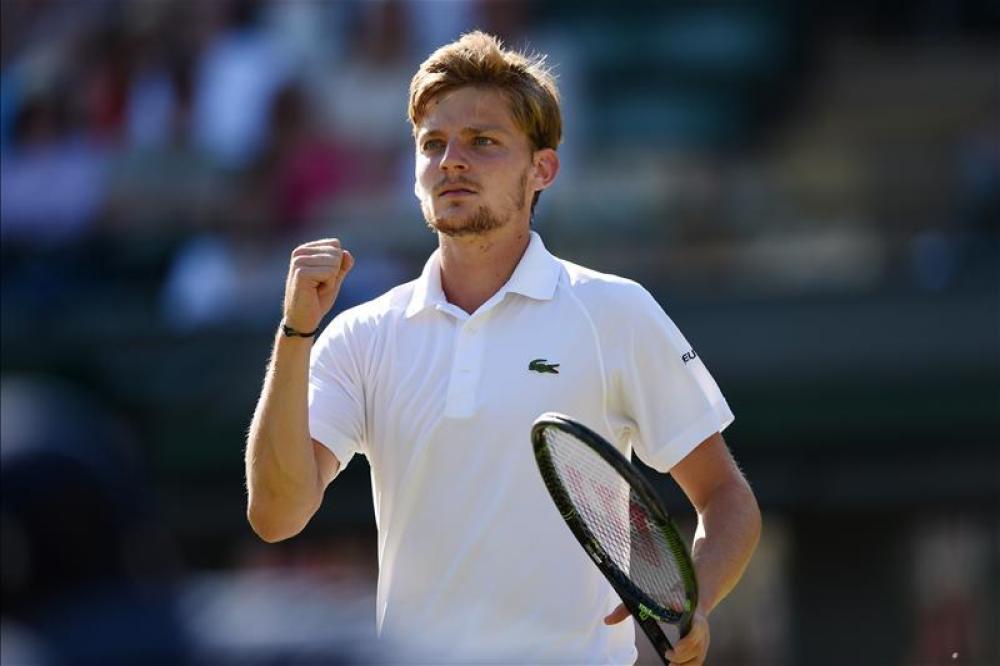 The Belgian was up against it at the O2 Arena in London after losing the first set to the world number two but he showed remarkable spirit to fight his way back into the match.

Goffin went on to win 2-6 6-3 6-4 to beat Federer for the first time in seven attempts and seal his place in the final at the season-ending tournament.

The 26-year-old was overcome with joy at the conclusion and will face either Jack Sock or Grigor Dimitrov in Sunday’s final.

Goffin said: "I have no words. I cannot describe how I'm feeling - so much joy, so much happiness.

"I'm so happy to play the match I played. It was such a special moment.

"Honestly, I don't know [what worked]. It was just the feeling of the day. I was a little bit nervous when I started the match but I started to feel the ball really well. The serve was there right to the end. It was my day."