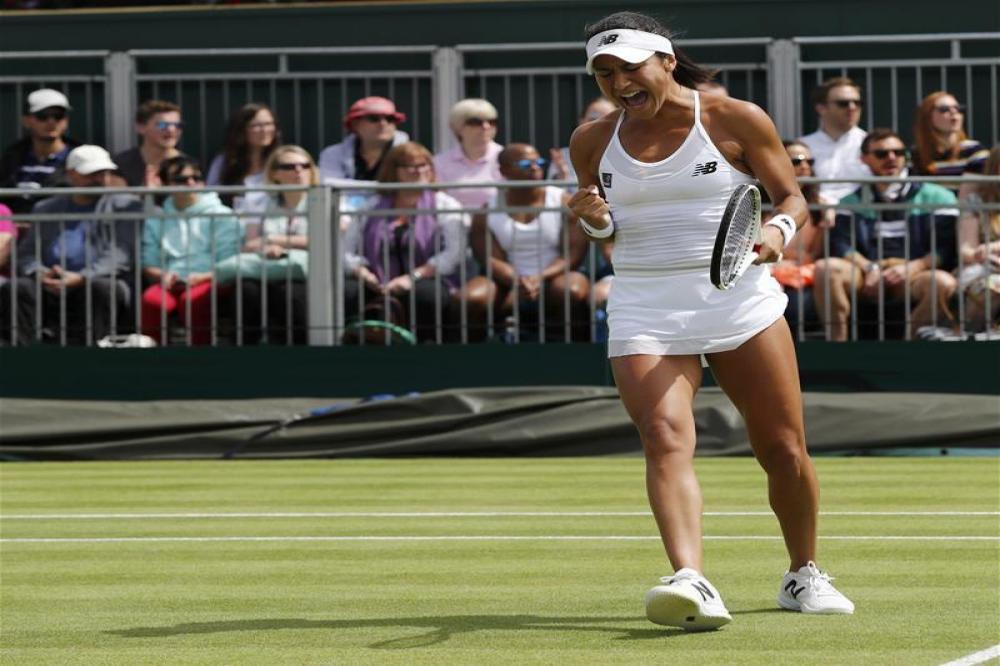 There has been plenty of debate over the differences between the men's and women's game in recent years.

Some pundits have suggested the women's major events should be contested over five-sets, as the men's Grand Slams are, but Watson has offered a different perspective.

The British number two feels it is unfair the men are required to play for longer, and believes it has contributed to injuries.

“I would be really interested to see the mens' point of view and whether they actually want to play to five sets,” Watson told the Standard.

“It changes the dynamic of the game a lot and I feel like more recently, because the weather conditions are really tough in some of these Grand Slams, like Australia and New York [the US Open], it gets really hot and you see far more retirements in the matches.

“To play five sets in those conditions is so, so physically tough for them. I would love it to be fair and the same.

“Just like with on-court coaching - the women have on-court coaching, but the men don’t. I don’t like that. If the men aren’t allowed to have it, I don’t want it either. I just want it to be the same for both. I don’t know why it should be different.”

Tennis purists would be sad to see the end of five-set epics at the likes of Wimbledon and the French Open but Watson could have a valid point in terms of the additional stress five-set matches put on the players physically.

Andy Murray, Novak Djokovic, Kei Nishikori and Stan Wawrinka all saw their 2017 campaigns come to an early end due to injury problems, while Rafael Nadal was forced to withdraw early from the ATP World Tour Finals in London last week.

In contrast, Roger Federer has attributed his recent success, in part at least, to managing his schedule and contesting fewer events - with the Swiss star making the bold move of opting to miss the French Open earlier this year.

Men contest five-set matches at all four Grand Slam tournaments and in the Davis Cup, with all the other ATP events being the best of three.

Win a copy of Gazza on DVD

Win a copy of The Bezonians on DVD, starring...