Serena Williams insists she is 'on the right track' despite losing her first competitive match since returning from a 12-month lay-off. 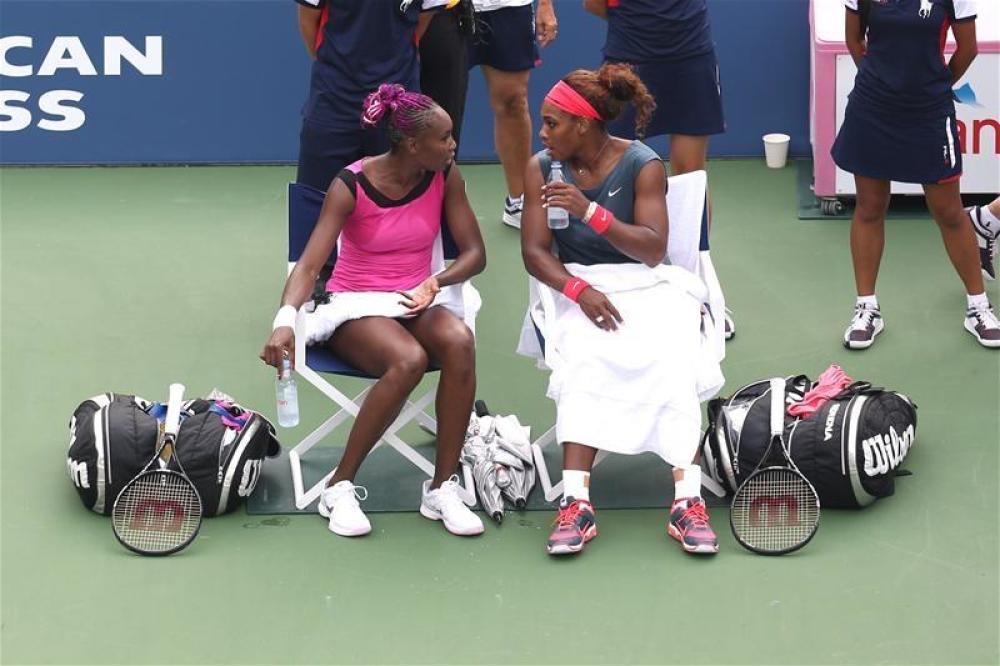 The former world number one was far from her best in her return to competition in the USA's Fed Cup tie against the Netherlands on Sunday, playing her first official match since having a baby.

She partnered older sister Venus in a dead doubles rubber in Asheville, North Carolina, but walked away feeling upbeat despite the 6-2 6-3 loss to Demi Schuurs and Lesley Kerkhove.

'I honestly feel better than I thought I was going to feel,' said Williams, who prior to Sunday had not played a competitive match since her 2017 Australian Open victory.

The 36-year-old will now spend time working on her serve and returns while figuring out how to manage her time better now that she has her daughter in tow.

She told reporters: 'I didn’t know what to expect. Maybe that’s why I felt like I did better. I didn’t expect to...have that much power on my serves, even though they didn’t go in.

'It's just a start. I feel like that’s a very good step in the right direction.'

'I didn't manage my time well, but I was thinking about it in the future how to manage it better,' said Williams, whose daughter was among those in the sell-out crowd.

'This is literally my first time travelling with the baby and everything. I'm going to try to do better. It was hard. It was the first time for me.'