Don MacAskill, the Chief Executive Officer of SmugMug, has urged consumers to throw their support behind Flickr.

Flickr's owner has appealed to fans of the platform to help keep the company's "dream" alive.

Don MacAskill, the Chief Executive Officer of the photo-hosting service SmugMug, has penned an open letter, urging fans of the platform to offer their support in order to keep the brand in existence.

"We think the world agrees; and we think the Flickr community does, too. But we cannot continue to operate it at a loss as we've been doing."

Flickr is set to run a holiday season promotion for Flickr Pro, which will see a sizeable reduction in the cost of the product.

And MacAskill is urging consumers to take advantage of the offer.

In his letter - which has been obtained by The Verge - he added: "We've gone to great lengths to optimize Flickr for cost savings wherever possible, but the increasing cost of operating this enormous community and continuing to invest in its future will require a small price increase early in the new year, so this is truly the very best time to upgrade your membership to Pro.

"If you value Flickr finally being independent, built for photographers and by photographers, we ask you to join us, and to share this offer with those who share your love of photography and community." 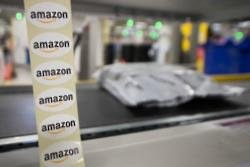