Man gets bluetooth implanted in chest

A man has had a Bluetooth chip implanted in his chest and believes he's worked out how to turn the human body into a compass.

A man has had a Bluetooth chip implanted into his chest in a bid to prove he's found a "new human sense".

Liviu Babitz, 30, believes he has the answer to navigating where you are going without having to look at your phone or a screen.

Mr Babitz had the chip tagged onto his skin with two metal bars fitted with a compass and Bluetooth connectivity.

He believes the equipment, which sends a vibration through his body whenever he is situated in the north position, has the ability to turn the human body into a navigation system and could prove beneficial to blind people.

Speaking to BBC's Victoria Derbyshire, he said: "You walk on the street staring at your phone.

"You want to get somewhere but you have no idea what's happened in the world around you because all you did was stare at the screen on the way.

"Imagine if you didn't need it, you could navigate the world exactly like a bird and you would know exactly where you were all the time - blind people could navigate."

However, it raises several security issues with the possibility that users could be tracked. 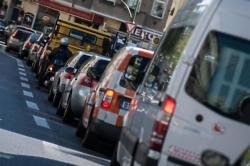 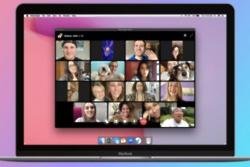