Former deputy Prime Minister Nick Clegg has been warned he risks his hard-earned reputation unless he turns Facebook into a "powerful voice for liberalism".

Former Liberal Democrat leader Sir Nick Clegg has been warned he risks his reputation unless he turns Facebook into a "powerful voice for liberalism".

Facebook's decision to appoint Clegg as its head of its global affairs and communications team has already attracted plenty of attention, but Paddy Ashdown - another former leader of the British political party - has issued a warning to Clegg.

He tweeted: "My good friend Nick Clegg's reputation as a powerful voice for liberalism and democracy will now depend on his ability to persuade Facebook to be a global campaigner for the same values (sic)"

Earlier this month, meanwhile, Facebook announced that it is to block political groups in Britain from posting "dark ads" on its network.

The social networking platform is hoping to restore faith in its brand following the controversy of the Cambridge Analytica scandal, announcing that political advertisers will now be required to prove their identity.

The changes mean that all paid-for political content will be posted in a public advertising library.

Facebook executives Richard Allan and Rob Leathern explained in a blog post: "We see this as an important part of ensuring electoral integrity and helping people understand who they are engaging with.

"We recognise that this is going to be a significant change for people who use our service to publish this type of ad. While the vast majority of ads on Facebook are run by legitimate organisations, we know that there are bad actors that try to misuse our platform. By having people verify who they are, we believe it will help prevent abuse." 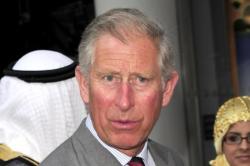