Chinese New Year in England brings an explosive celebration of colour and noise to this green and pleasant land. Here, VisitEngland rounds up some of the best spots to see in the Year of the Snake

Chinese New Year in England brings an explosive celebration of colour and noise to this green and pleasant land. On Sunday, 10 February the nation’s Chinatowns will fill with spectators to watch the music and pageantry of the occasion, including Chinese dancing dragons and brightly coloured New Year lanterns adorning the streets.

A person born in the year of snake is said to be the wisest and most enigmatic of all. Here, VisitEngland rounds up some of the best spots to see in the Year of the Snake. 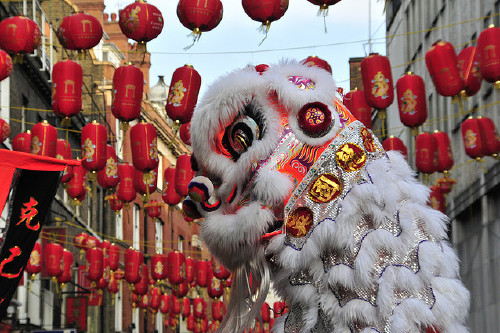 Each year, London holds the biggest Chinese New Year celebrations outside Asia. The city’s celebrations are centred in the West End. See performances from Chinese artists in Trafalgar Square and explore the richly decorated Chinatown. Enter through the red gates and discover a brilliant red and gold pocket of Chinese food, music, architecture and shopping.

Strung with banners and lanterns, Chinatown for many generations has been home to a Chinese community who’ve turned the area into a hotspot for authentic cuisine. You’ll find speciality duck restaurants, delicious dim sum, and traditional Chinese pastries at the Kowloon Bakery. You’ll also find some of the best Chinese food in London at Hakkasan, a Michelin starred restaurant in nearby Bloomsbury.

This year an overnight stay at Dorchester Collection’s iconic British hotel, The Dorchester will secure a guaranteed dinner reservation at China Tang, their restaurant renowned for offering some of the best and most authentic Cantonese food outside China. On Sunday, 10 February diners can enjoy a special ‘Year of the Snake’ set menu including Snake Soup with Fish Maw amongst other China Tang favourites.

The Dorchester’s China Tang Bar, a favourite haunt of many London celebrities, offers an extensive list of classic cocktails and the private dining rooms - Ping, Pang and Pong - are perfect for a more exclusive dining experience. A stay at The Dorchester costs from £1,260, based on two people sharing a Junior Suite, subject to availability. 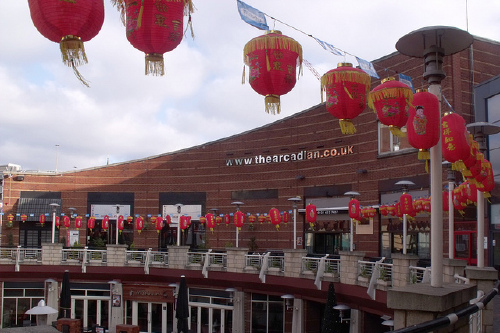 Birmingham’s Chinese New Year celebrations will take place from 12.30pm to 5.30pm in the Arcadian Centre in the city’s Chinese Quarter and promise to be bigger and better than ever. The celebrations will start with a bang, with an extravagant dragon and lion dance.

Acrobatic and cultural displays will fill the rest of the programme, which will conclude with a spectacular Firework Finale. A wander around Birmingham’s Chinese Quarter will reveal a myriad of restaurants and cafés offering authentic menus from Northern China all the way to Malaysia, with some of the city’s hippest nightspots in between. If you feel like dancing after your dinner, the area offers funky house, electro and some fun-filled karaoke. 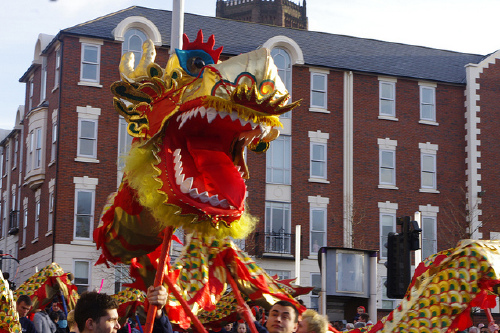 Liverpool has one of the oldest established Chinese communities in Europe since a line of steamers connected the city directly to China, trading tea, silk and cotton wool. Today, there are around 10,000 Chinese residents living in Liverpool and its surrounding areas.

Here, Chinese New Year is celebrated in style and the city features a spectacular ceremonial arch - the largest outside of Asia - which is decorated with over 200 dragons to commemorate the city being twinned with Shanghai. Celebrations take place from 11am to 4pm in the Liverpool Chinatown area including Nelson Street, Berry Street, Great George Street, Great George Square and Bold Street.

Just an hour away, Manchester is home to the Chinese Arts Centre an institution which promotes Chinese contemporary art in Britain. It’s a fantastic space which holds a lively programme of exhibitions, events, residencies and festivals, and is the place to go if you’re interested in the Chinese art and artists of today. 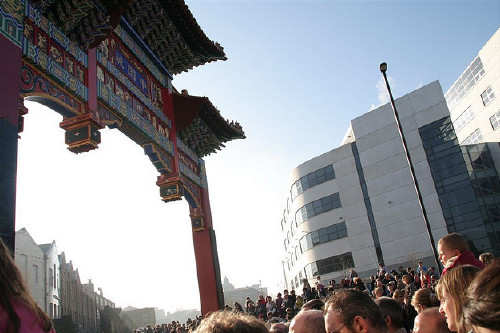 2013 will see the return of one of the biggest celebrations of its kind in the North of England, as NewcastleGateshead welcomes in the Chinese New Year. The Year of the Snake will commence with a day of free events and performances for all the family, including traditional crafts, dance, music, martial arts and food and drink, with festivities commencing around Newcastle’s Stowell Street and Chinatown from 11am to 5pm.

There’ll be a unique opportunity to witness the ceremonial ‘Eye Dotting’ of the new lion. This tradition brings the year’s beast (a traditional costume) to life by adding colour to its eyes, giving it sight, taste and power, and awakening its spirit while bringing good luck and plentiful fortune to all who take part.Once ‘awake’, the lion performs a colourful street dance alongside the Chinese dragon and unicorn. The captivating ceremony will take place beneath the ornate ceremonial arch at the entrance to Chinatown. 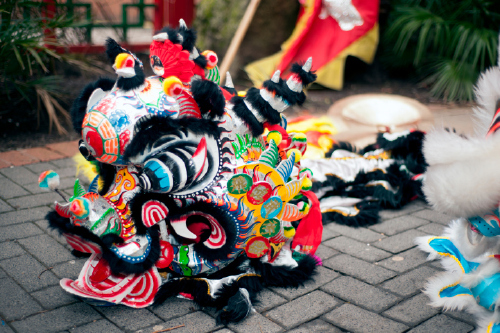 For a Chinese New Year with a twist, visit Bristol Zoo Gardens and learn more about snakes in their special year. The zoo’s reptile house is home to some of the fastest, biggest and most venomous snakes on earth. Housing over 400 species and nine animals houses under cover, this is a great day out in Bristol whatever the weather.

Combine your trip with a visit to Wai Yee Hong the place to usher in the Chinese New Year in Bristol. The firecrackers will be lit at 11.15am to scare away the evil spirits. This will be followed by a kung fu demonstration from the Yi Quin lion dance troupe, who will bring luck and prosperity through a traditional Chinese Lion dance.

For great hotel deals in the UK click here to visit lowcostholidays.com

Are you celebrating Chinese New Year in England? Tell us in the comments below or tweet us @FemaleFirst_UK