As London prepares to celebrate 150 years of The Tube, the national tourist board, VisitEngland looks at other underground experiences not to be missed

January 2013 marks 150 years of the London Underground, the world’s oldest underground network, familiarly known by locals as ‘The Tube’. Love it or hate it, London’s underground network is one of its most recognisable icons, and today carries more than one billion passengers across London each year.

A range of events and activities are planned to mark the anniversary, from commemorative stamps and coins to a special exhibition at the London Transport Museum. But beyond the capital too there are a whole host of underground experiences open to visitors, lending a whole new perspective on England’s landscapes, towns and attractions. From buried eateries in Yorkshire to subterranean sewer tours in Brighton, VisitEngland picks out some of the best. 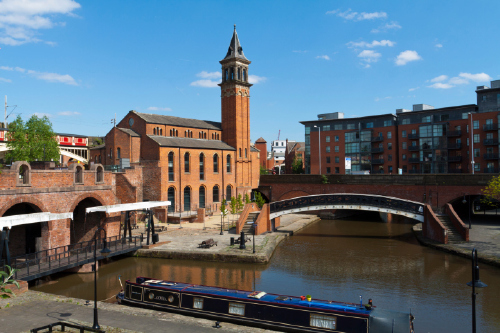 Throughout the experience, guides recount spine-chilling stories about Manchester in the Cold War, the atomic wars that never happened, and the Second World War that did, in which the city almost succumbed to Nazi invaders who had already eyed up their Manchester HQ base.

Tours are available on Saturdays throughout the year and cost £9.00 per person. 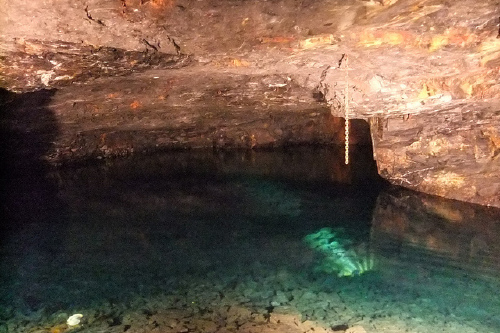 Carnglaze Caverns comprises three caverns of cathedral proportions, hand created by local slate miners near the village of St Neot, Liskeard. Underground tours take tourists 150m into the hillside and 60m below ground into the lower chambers of the caverns, where you can splendour at the subterranean lake with its crystal clear blue and emerald green water.

Used by the Royal Navy during World War II to store its supply of rum, the first cavern – The Rum Store – has now been converted into an auditorium with seating for 400 guests and is used as an usual concert venue.

The caverns are open all year round, Monday to Saturday, and tickets cost £6.00 for adults and £3.00 for children. Originally a smugglers haven, the caves have taken various forms, from their pirating past to a wartime air raid shelter homing up to 600 people, a venue for tea dances and finally a night club in the 60s and 70s. Explore the acres of sandstone caverns that conceal Hastings' exhilarating history of bootleggers and warring gangs. St Clements Caves first became a tourist attraction in Victorian times and have even had visits from royalty. Hidden in the depths of Brighton Town Hall, The Old Police Cells Museum provides an insight into the history of policing in Sussex since 1830. Discover the city’s gruelling past, and learn why Brighton was once described as the 'Queen of slaughtering places'. Hear about the murder of Chief Constable Henry Solomon and see some of the old graffiti-covered cells from the Mods and Rockers era, following the seafront clash in 1964.

Visitors can also check out the policemen’s wash room and uniform store areas, and browse memorabilia and artefacts including a collection of truncheons and tipstaves - one of the largest in the country.

Entry is free and the museum opens for the summer season at the beginning of April and is open from Tuesday through to Saturday until November 1st. During winter, the museum opens on  the first and third Saturday of each month. 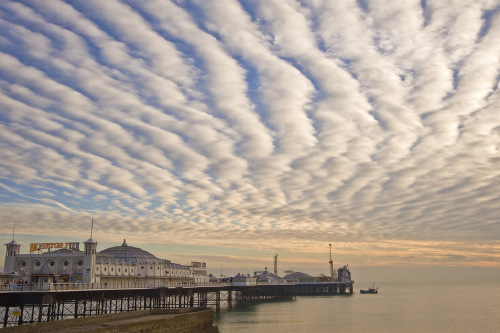 Brighton sewer tours give visitors a whole new perspective on an otherwise vibrant and colourful city. Ever wondered why Brighton’s beaches are cobbled and not sandy? A look at the sewers’ brickwork will show how Victorian bricklayers used hundreds of tonnes of sand taken from the beach to make ‘pug’ in order to cement millions of bricks.

On this tour, you’ll discover clean spring water bubbling beneath your feet from a freshwater river that still runs under the city, and see barnacles on the walls from where the tide used to come in. You’ll also learn some fascinating facts about landmarks above the ground, including the Volks Railway Station at Black Rock. Cleverly disguised as an ornate Victorian station, it’s actually a pumping station which transfers sewage and storm water to our treatment works in Peacehaven. The caves at Chislehurst are a labyrinth of man-made tunnels, forming a maze stretching over six hectares, 30 meters below the woodlands above. The caves were originally dug for chalk used in lime burning and brick-making for the buildings of London, as well as for flints to fire the tinderboxes and flintlock guns years ago.

The caves were later used as an air raid shelter in the Second World War, the remnants of which can still be seen, including a hospital and a chapel. The caves and cafe are open weekly from Wednesday to Sunday and every day during local school and bank holidays, excluding Christmas and New Year.

Enjoy a Full English, Ploughmans or Sunday Dinner or anything in-between, at The Keys Restaurant down in the crypt of St Peter’s Parish Church in Huddersfield. Voted by customers as one of Yorkshire’s best places to eat, The Key’s Restaurant makes for a unique dining experience complete with friendly service and a warm atmosphere. Beneath the city of Chester lie fascinating hypocausts, unseen by most visitors who are kept busy by the city’s many over-ground attractions. The best spot to experience the ruins? The unlikely Spud-U-Like café on Bridge Street. Take your baked potato or cup of coffee into the basement of this unassuming lunch-spot and relax among the ruins of a Roman hypocaust that once heated part of the massive bath-house complex.