From parties at The Palace to Regency balls, week-long walks and ground-breaking hotels; here VisitEngland looks at what’s in store for people to enjoy around the country in 2013

We’ve said goodbye to 2012, a year that has seen England celebrate an extended weekend of Diamond Jubilee events, a bursting programme of cultural events, from the World Shakespeare Festival to Dickens 200, and of course the Olympic and Paralympic Games, you’d be forgiven for thinking that we’ve had our fair share of fun. But fear not, 2013 is set to be another winning year.

From parties at The Palace to Regency balls, week-long walks and ground-breaking hotels; here VisitEngland looks at what’s in store for people to enjoy around the country in 2013.

In early 2013, the Mary Rose Museum will open in Portsmouth. This £56million heritage project brings the ship’s hull and many of the 19,000 artefacts that were raised with her together again. Housed in Portsmouth’s historic dockyards, the interactive museum is set to be a fascinating look at everyday life on board this magnificent ship from almost 500 years ago. 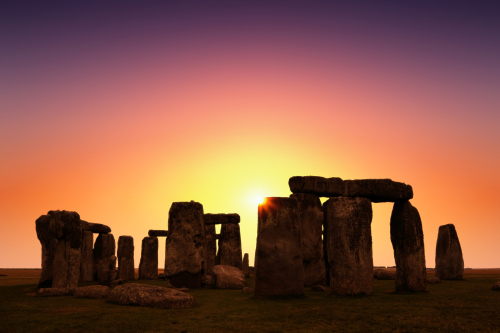 Finally! Stonehenge has been getting some much needed TLC and will be ready for visitors in October next year. The entire area is being transformed to make way for a world-class visitor centre to give the Stone Circle the museum-quality interpretation that it deserves. An archaeological gallery will feature important objects on loan from local museums and outside there will be three Neolithic houses, recreated using extremely rare evidence of domestic buildings from prehistoric England recently unearthed near Stonehenge.

From luxury skyscrapers to working farms, next year sees some fantastic places for your head to hit the pillow. Set in 330 acres of farmland, Heckfield Place in Hampshire opens in March. Built in the Georgian period and expanded in Victorian times, the manor house hotel boasts 60 individually designed bedrooms, a historic walled garden of flowers, herbs and fruit trees, a delicious restaurant and a working farm with livestock and vegetables. Also opening its doors in March is the hotly anticipated Shangri-La The Shard in London. Occupying floors 34 to 52, the hotel’s 200 rooms are luxuriously appointed and will look out across the capital’s skyline - talk about a room with a view! Following hot on the heels of highly acclaimed The Pig and The Pig in the Wall comes The Pig on the Beach. The beautiful 18th century Manor House, which is a National Trust property, opens in Studland Bay in Dorset in June.

2013 marks the 200th anniversary of Jane Austen’s classic novel and where better to celebrate than Hampshire, the author’s birthplace and childhood home? There’s plenty planned to celebrate this special anniversary including tours, talks, costume exhibitions and a Regency ball. There’s even a brand new Hampshire trail dedicated to the much loved writer which maps out key stages of her life in the county. 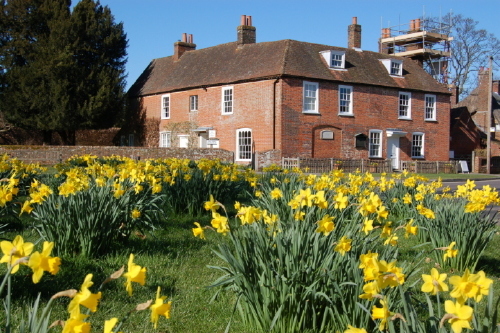 Literature enthusiasts can start the tour at Jane Austen’s House Museum to see the original table at which her novels were painstakingly written by quill, and the bookcase which houses many first editions of her novels. The trail continues to the old Rectory site in Steventon where Jane was born, down to Portsmouth for the dockyards which inspired Mansfield Park, onto the city walls of Southampton where Jane regularly walked and finally back to Winchester Cathedral, her final resting place.

The Year of the Dinosaur

2013 sees the 20th anniversary of Jurassic Park. If that fact makes you feel rather ancient then cross the Solent and search for more prehistoric remains on a fossil-finding holiday on the Isle of Wight.  The beaches circling ‘Dinosaur Island’ are a treasure trove for amateur and professional palaeontologists alike. Follow in the footsteps of these Triassic creatures by taking a guided tour with ‘The Fossil Man’. 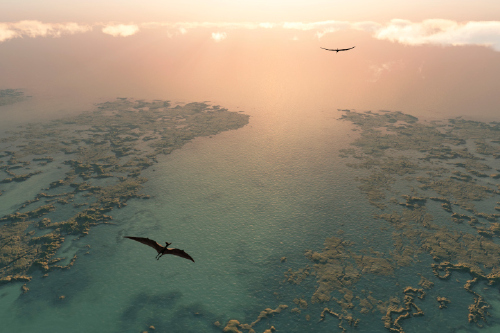 For just £4 per adult and £3 per child you’ll be able to touch actual dinosaur footprints! 2013 really is the Year of the Dinosaur with not only the 3D re-release of Jurassic Park but the release of Walking with Dinosaurs too, in December 2013.

Escape to the Country

2013 marks the 75th Anniversary of Wainwright’s Pennine Journey. It was in 1938 that he set off from Settle in north Yorkshire on a 247-mile circular walk. The renowned walker and writer, who also devised the country’s famous coast to coast walk, took 11 days to complete the now well-trodden path. Keen walkers will be following in his footsteps and walking one (or all) of the 18 daily stages. 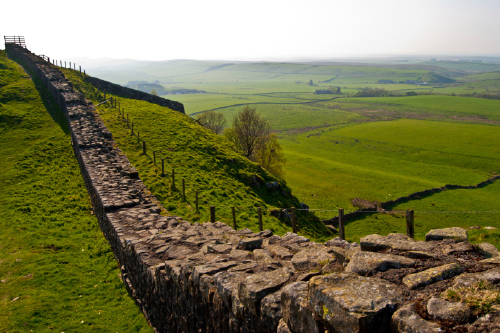 Stretching 84 miles from coast to coast, Hadrian’s Wall Path is set to be the most popular stage and will be holding celebrations of its own, as 2013 marks the 10th anniversary of the trail. £1 million has been spent on a new visitor centre which is expected to open at Housesteads in time for the anniversary.

May 2013 marks the centenary of the Royal Horticultural Society’s Chelsea Flower Show. This showcase of horticultural excellence has become one of the most celebrated annual events in the world and a key event in the English social calendar. The show features cutting edge designs reflecting the fashions of the time – from rock gardens in the 1980s to today’s sculptural gardens. 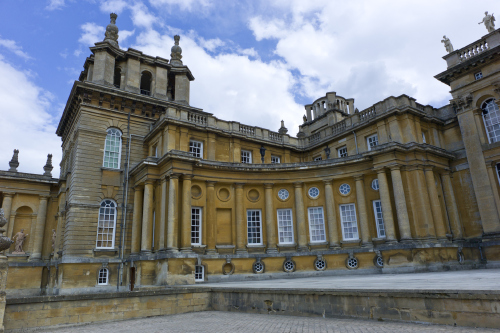 With gnomes making an appearance for one year only (!) and a Centenary Concert planned at Opera Holland Park, next year’s Chelsea Flower Show will no doubt be the biggest and best in its history. 2013 also sees a new flower event unveiled as Blenheim Palace hosts its very own flower show for the first time. The three day event in June, adjudicated by an RHS panel, is set to feature over 150 floral and garden exhibitors.

To mark the 60th anniversary of The Queen’s coronation – which was held the year after she ascended the throne in 1962 - Buckingham Palace gardens will be staging a four-day festival where up to 200 firms with royal warrants will showcase their finest produce in an exhibition highlighting the Queen’s favourite brands. The Palace Gardens will also host a magnificent Coronation Gala featuring an eclectic range of home grown UK music and dance talent as well as performers from across the Commonwealth. 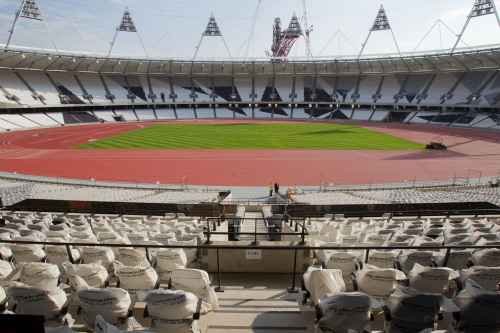 The festival takes place 11 -14 July and, whilst the first day of the event is invitation only, tickets for the following three days are available for Joe Bloggs (if he’s quick enough!), and cost £30 (day) and £80 (night). 2013 also sees the Olympic Park renamed the Queen Elizabeth Olympic Park. The renaming of the park reflects a tangible legacy from the 2012 Games and echoes plans for making the Park one of Europe’s premier visitor destinations.

From Classic Opera to Mud Fest

2013 marks the centenary of Benjamin Britten, the most celebrated British composer of the 20th century. The centenary will be marked with events large and small across the country, and even the world. But at the centre of the events calendar is East Anglia. Born in the Suffolk port of Lowestoft, and schooled in nearby Norfolk, Britten drew lifelong inspiration from the wide, watery landscapes and close communities of England’s eastern counties.

Britten’s legacy is most alive in the Suffolk town of Aldeburgh, where he co-founded the famous Aldeburgh Festival in 1948 and settled for the rest of his life. 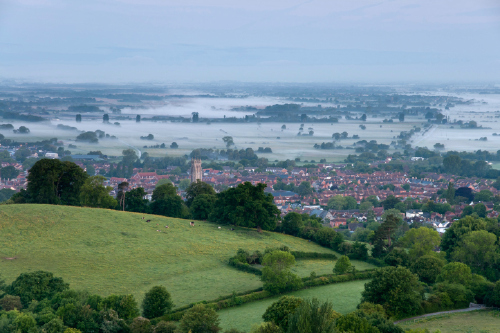 Additionally, The Red House, a purpose-built Archive Centre ready with new exhibitions, is re-opening in June 2013. There will never be a better time to hear Britten’s music where so much of it was written.

If opera isn’t your thing, don’t worry. Glastonbury - the world’s biggest and best-known music festival - is back. After a year off, the colossal summer knees-up in King Arthur country is yet again set to host 175,000 revelers with their tents, wellies and strawberry cider.

It’s what we’ve all been waiting for. As the award-winning period drama Downton Abbey announces its planned return for season 4, we can reveal that from spring 2013 fans of the show can book a Downton Abbey Tour & Experience, and spend a weekend in the Downton era. The small group tours will take in all the main locations featured in the show, including the real Downton Abbey, Highclere Castle. 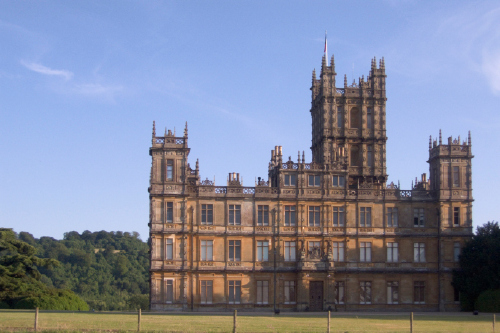 Guests can step back in time to experience life as an Edwardian aristocrat and other aspects of Edwardian life, and hear anecdotes about the cast, filming and the production. The three-day tour starts in April and cost £747 per person for a shared room and £897 per person for a single room.

Where are you visiting in England this year? Tell us in the comments below or tweet us @FemaleFirst_UK