Social networking can ruin your holiday!

Research revealed that one in five Brits (22%) are leaving their homes open to potential burglaries, saying that they post on social networking sites right up to their departure on holiday.

Helen Flanagan, known for her role on Coronation Street was burgled after she Tweeted that she was home on her own. The survey found that 8% of people going on holiday will post where and when they are going on holiday making them a potential victim of crime.

23% of Brits do not think about the consequences of posting on social media sites, with 12% posting on the site to make friends and family jealous.

9% talk about their holiday plans with Taxi drivers on their way to the airport and 33% tell people they are not familiar with about their plans weeks in advance. This has resulted in 8% of Brits coming home to a house robbery.

Most of Brits announce their arrival at their hotel, as 33% use the check in function in their room with 16% revealing their whereabouts on the beach.

10% of Brits change their profile picture on Facebook within the first 24 hours of being on holiday, with 5% taking a picture on the plane and 2.5 million social networkers take pictures from the airport bathroom.

The frightening truth was that 26% of Brits do not know how to change their security settings for when they are away, with over 50% admitting to not knowing all of their e friends that well. 15% of British holiday makers use not only Facebook but Twitter an Instagram, which only increases their risk.

28% are also guilty of posting their whereabouts when they are going out of a night. To the pub or for a meal, to see friends etc. 24% have no problem talking about their weekend pursuits. Women are more likely to post about their night out, with 32% updating their statuses while out, compared to only 25% of men.

There are some Brits who are more security conscious, however, and choose not to post anything (49%) while they are on, holiday. 61% ask their neighbours to check everything is ok with their house, while they are not there.

59% of travellers take extreme precautions to ensure that they do not come back to a crime scene, with 45% setting light timers and 22 have security cameras put in place to stop the probability of crime.

"Going away is exciting for anyone but not nearly as exciting as it can be for burglars who prey on evidence of an empty home. Sometimes you don't know just who could be watching on social media or listening to your plans, so it's important not to give too much detail away.

"Safety and prevention must always come first and however careful you are it's important to have adequate cover for all of your home contents, just in case the worst does happen whilst you're soaking up the sun." 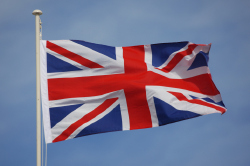 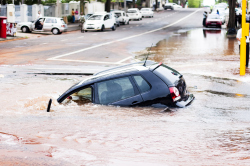 What would it take for you to stay at home? 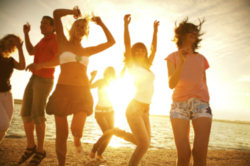