Which holiday tribe are you in?

Research has revealed that Brits can be categorized into different tribes depending what they look out for and do on holidays, including Beached Males and TV tourists.

The Post Office took 2,000 Brits and found out their motivation for leaving the country.

The first group was TV tourists, which was one fifth of the total group, 19%. They go for searching Sex and the City fashion tips in New York or sample the gambling that goes in Las Vegas in Hangover style, or simply to visit their favourite TV sets.

The Big Apple is the home of Woody Allen and Martin Scorsese, the set of Friends, Seinfeld and Girls, which has the greatest interest, along with Hawaii, LA, Rome and Auckland in New Zealand.

Looking like an extra in Geordie Shaw or The Only Way is Essex, the study found that the beached male is a new breed of man who only goes away to maintain his healthy, bronzed glow. 39% or men between 18-25 are guilty of this indulgence, taking with them a skimpy pair of trunks, sun cream and reading material to pass the hours in the sun. Surprisingly enough, they are not concerned with pubs, football or theme parks it’s their appearance they care most about!

Some people can’t do anything without telling all their mates and what is more exciting than to boast about a holiday on Facebook?! 34% of Brits take pictures of themselves at locations, by the pool tracking their every progress until their get there and not just on Facebook, Instagram and Twitter are responsible for making all of your friends jealous.

It would seems that over 55 are not opting for the seclusion of a quiet beach to read a book but are trading this in for a city break instead. 15% of senior citizens are going to places like Berlin, Hong Kong and Rio to adapt to the fast paced thrill of an urban destination.

In-tents Characters (12 per cent) have given up the glamping and decided to reduce the glam and increase the camping, stripping back to bare essentials and enjoying nature.

Health Trippers go to yoga retreats and spas rather than choosing a more extravagant getaway and cleanse themselves of the burden of the everyday.

Long-haul Lovers (19 per cent) travel half way around the globe just for the weekend.

13% of the study said that they like to go away with large groups of like-minded people, whereas 7% like to go on holiday by themselves and 13% do not take their families with them.

Paul Haven hand, Head of Travel at the Post Office, said: “Be it TV-inspired trips or those holidaying for health reasons, we are excited to see so many new trends emerging. People feel free to travel in the way they want to and that really comes across in what we found in the survey.

“With so many different ways to make the most of holidays, customers are enjoying real choice and flexibility. However, they also crave an easy and hassle-free way to get all their travel essentials under one roof – and the Post Office is the perfect one-stop shop for the whole lot. People can then focus more on their tans, TV shows and tweets.”

Over 70 different currencies can be pre-ordered at over 11,500 Post Office branches or online for next-day branch or home delivery – so getting away won’t be a problem.

The research was conducted among 2,000 respondents by OnePoll for Post Office between 12th and 15th July 2013. Learning Holidays For A Healthy New You 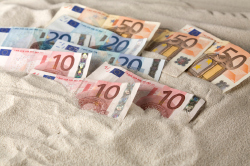 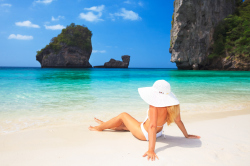