Brits take 8 days and 22 hours to get back to normality after a holiday, says new research

Do you suffer post-holiday blues?

The study of 2,000 Brits calculated the exact time it takes for people to lose their holiday glow and get back in the swing of things at the office.

And results showed it takes nearly nine days before the routine kicks in, the tan fades and the holiday snaps are put out of sight.

While seven in ten Brits say it takes them over two weeks to get through post-holiday blues and stop reminiscing.

For over half of the participants food and drink from their holiday played a vital role in helping prolong the feeling of being away.

The research, which was commissioned by Cornish Pale Ale, Tribute, to mark the launch of its new online shop found some of the hardest things to pick up again after a break are setting the alarm clock, facing a mountain of washing and tackling the morning commute.

A spokesman for Tribute Pale Ale said: “It can be hard having to return to normality after the holidays and it clearly plays on our mind for quite some time afterwards.

Of course we’d all love to spend much more time on holiday and much less in the midst of our day-to-day routines. Unfortunately that’s not really an option for most of us...

"But if someone is suffering a bit from post-holiday blues and still thinking back to it nine days afterwards then that’s at least a sign that they had a great time.

“It’s natural to feel a little downbeat when faced with the old routine once more but anything you can do to reminisce or re-live the holiday experiences, by for example drinking your favourite holiday beverage, will help and of course looking ahead to the next one can ease the sadness," the spokesman added.

Missing those holiday views is a key contributor to post-summer blues, with Brits forced to swap sunny beaches, hilly scenery or sea views for a look at the enormous ironing pile that greets them.

The local food and drinks from the destination of your holiday was one of the things four in ten people missed most.

Furthermore, over a third enjoy the last of an alcoholic tipple they drank while away before seeking out more in their supermarkets and local pubs.

One in seven Brits misses having the freedom of being able to relax with a drink whenever they like whilst on holiday.

But more than half the study tries to cling to that holiday feeling a little bit longer after returning from holiday – mostly by scrolling through masses of holiday photos and many eat or drink something they’ve had while away to keep the memories alive.

Three quarters of the study admitted to suffering from post-holiday blues, with six in ten regularly starting sentences with “this time last week we’d have been…”.

And while the blues are at their strongest for eight days and 22 hours, Brits claim it takes 16 days until they are completely ‘over’ their holiday – often longer than the duration of the holiday itself. 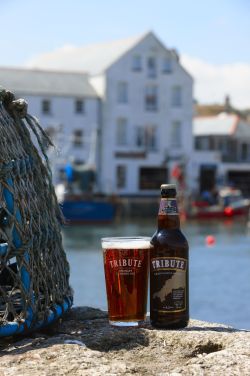 It’s also hard to return to form in the workplace after a break and the average person feels they aren’t back to their best in terms of work performance until the third working day after a holiday.

But many take steps to combat the ‘back to reality’ feeling and six in ten Brits have already put thought into their summer holiday for next year.

The Tribute spokesman added: “It can be a slightly gloomy time of year with the summer holiday season passing us by but it’s hopefully because people have had a good time and created some strong memories.

"Of course we’d all love to spend much more time on holiday and much less in the midst of our day-to-day routines. Unfortunately that’s not really an option for most of us, so it’s about topping up with little treats and things to keep us upbeat until the next one."

Do you suffer post-holiday blues? What's the thing you miss the most about being on holiday? Tell us in the comments below or tweet us @FemaleFirst_UK