Emily Atack has been voted off 'Dancing On Ice'.

The 'Inbetweeners' actress was visibly upset when four out of the five judges opted to save Danniella Westbrook and her partner Matthew Gonzalez over the 20-year-old star and professional skater Fred Palascak.

Emily had earlier received her highest mark of the series, with 18.5, and was praised for her improvement after giving her second performance in the skate-off - though was left upset after outspoken judge Jason Gardiner blasted her "lazy and pointless" skating.

He said: "The thing about you that's really annoying is that I don't see a performance from you still. There is just nothing.

"Your movements and choreography are very lazy, and some of the movements are just pointless. I don't know what more to say to you."

Danniella's inclusion in the skate-off had come as a surprise, as she had earlier placed second on the leader board, scoring 22, just behind former 'Emmerdale' star Hayley Tamaddon and her partner Daniel Whiston, who were given a total of 25.5.

Boyzone's Mikey Graham scored just 13.5 for his routine this week, stumbling several times during his performance with partner Melanie Lambert.

However, the singer had injured his shoulder after falling in the dress rehearsal and the judges were sympathetic to his injury.

Judge Nicky Slater said: "There was so much more effort and I thought you'd turned a corner. The jumps happened, but everybody could see all the mistakes that happened throughout."

Kieran Richardson - who performs with Brianne Delcourt - also suffered an injury this week, having stitches in his mouth after a fall.

He admitted his tumble had dented his confidence, but still scored 18.5.

Former 'Coronation Street' actor Danny Young and partner Frankie Poultney were delighted by their score of 22 after weeks of receiving a total of 17 points. 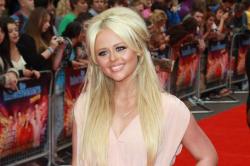 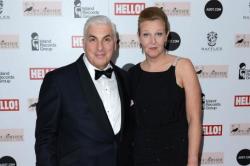 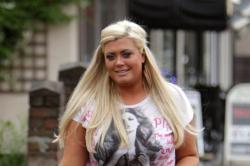