Singer Lulu has enlisted the services of TV hypnotherapist Derren Brown to help her remember her 'Strictly Come Dancing' routines.

Lulu is undergoing hypnotherapy to help her remember her 'Strictly Come Dancing' routines.

He also helped her deal with pre-show nerves. Last weekend was her best-ever score, so it looks like something has clicked.

The 'Shout' singer - who is partnered alongside Brendan Cole - has struggled with her moves on the BBC One show and so has enlisted the help of TV hypnotist Derren Brown to use his skills on her.

A source told the Daily Mirror newspaper: "Lulu struggled in the first week, then she and Derren got chatting. She asked him to her next session and he ran through some mind techniques to improve her memory for the complicated routines.

"He also helped her deal with pre-show nerves. Last weekend was her best-ever score, so it looks like something has clicked."

The 62-year-old star has previously spoken of her worries about forgetting her routines because the older she gets, the worse her memory becomes.

Lulu said: "At my age things come and go. I'm terrified of forgetting everything."

"I would say I'm good for a few moves but I am not a dancer so I'm feeling nervous. I've been watching the professional dancers do ballroom and it's so technical.

"I'm terrified of the waltz, to be honest. It's so slow and measured. At my age I get aches and pains so I'm half-expecting the body to crumble." 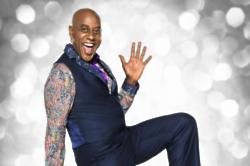 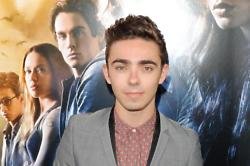 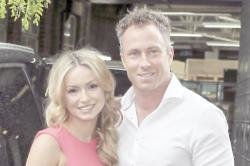