The Following hits screens this coming weekend in America and comes to Sky Atlantic on Monday, and is the latest show to come from the mind of Vampire Diaries head honcho. Most excitingly though, it not only brings Kevin Bacon back onto our screens, we talk more about the self-proclaimed ‘centre of the universe’ here, but the utterly lovely James Purefoy back to our TV screens (although he’s entirely unlovely in the show).

While we may be much more used to seeing Mr Purefoy on the big screen rather than the little one, it was actually on stage that Purefoy started winning fans after a string of great performances with the Royal Shakespeare Company.

It wasn’t too long until the executives in TV land got a liking for him though, casting him in Blackpool based drama Coasting before appearing in a string of TV films in the UK.

From here, he graduated to film seamlessly, with roles in Mansfield Park, Vanity Fair and A Knights Tale getting him a cult following.

It was in Rome though that he got to see Purefoy is full swing though as the brilliantly foul mouthed and charismatic Mark Antony. The show was a massive, sprawling and epic affair, but whenever Purefoy was on screen, he was utterly magnetic as the Roman general.

Hilarious, charming and brilliantly compelling, Purefoy’s Antony still stands as one of the finest portrayals of the famous general to have been seen on screen and made many think that perhaps he would indeed have been a fine choice as the world’s most famous secret agent.

We might have finally got our wishes fulfilled a couple of years later, when he was officially cast as the lead in a new version of spy show The Saint, much to the excitement of just about everyone.

Unfortunately it wasn’t to be, as Purefoy had to pull out of the show over scheduling conflicts with his upcoming American show The Philanthropist. That that show only lasted a handful of episodes just makes the whole experience all the more disastrous.

Ever since then, he’s flitted in and out of the world of TV between big screen projects, although he’s tended towards appearing in ensemble, period pieces such as Camelot and more recently The Hollow Crown.

Purefoy decided to throw off the period costumes though for a crack at something a little darker, with him taking the lead in the short lived crime drama Injustice, where he played a barrister trying to pull himself together after losing faith in the legal system.

The show had more than a ring of Dexter about it, with Purefoy showing off a colder side that will surely do him well in The Following.

We did get to see a different side once again to Purefoy with his brief stint in award winning comedy Episodes, with his four episode guest run in the show letting him once again flex the comedic muscles that made his Mark Antony so incredibly enjoyable.

We can’t wait to see the dark side of Purefoy, although we’re sure he’ll still be hideously charming. We wouldn’t want him any other way.

The Following starts this Sunday on FOX in America and Sky Atlantic in the UK this Monday. 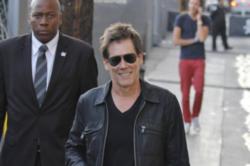 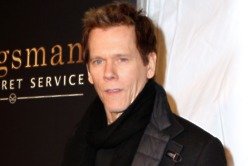 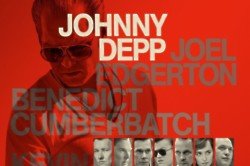