Celebrity Big Brother bosses may like to think that all press is good press, but perhaps the press the show has been getting from the recent admission of Rylan Clark leaving the Big Brother house for rehearsals might go against that rule.

Letting one of its contestants openly leave the house, breaking the very premise of the show for rehearsals for a live tour that was arranged well before the show not only makes the Big Brother bosses look weak, but also completely undermines the concept of the show itself.

The whole reason behind Big Brother is the appeal of watching people interact in a confined space with no way of communicating with the outside world. Letting Rylan sneak out for dance practice, without telling the audience is just deceiving them. The audience might have been OK with Rylan popping out for X Factor commitments but only if they’d have known about it from day one.

The bosses of the show have tried to make the revelations seem less impactful, claiming that Rylan was only allowed to work with a choreographer and not be allowed to discuss the outside world, but that this was a contract stipulation just makes them appear malleable once again.

That they now have to give in to the demands of Rylan Clark speaks a large amount about the stature of the show.

It’s not the only thing that the show has come under fire for. The treatment of couple Heidi and Spencer, hereafter grudgingly referred to as Speidi, has been called preferential by many fans of the show with good reason.

More screen time than the rest of the house members, tasks made purely for them and a separate suite for the duo all make it appear as if they were able to strong-arm the show’s producers into giving them control over their experience. Why? They’re not actually talented celebrities, with Heidi being known as much for bad cosmetic surgery than anything and Spencer simply known as her partner.

That the show can be exploited like this really shows that it’s now come down to the level that Rylan Clark and Speidi can dictate their own terms. For a show with such good ratings, it’s a truly shocking lack of power they have over their players.

If the show was getting in genuine chart-topping pop stars, then accommodations would of course be allowed and accepted by fans glad to see these real stars in the house. But to allow someone who until 6 months ago was just one of the crowd get their own way isn’t even in the same ball park.

Let’s get this straight. The show has never, ever been a pure reality show. It’s always chosen characters that would clash and made tasks that are purposefully aggravated towards each other and used creative editing to tell the story it wants to tell us. This year though, Speidi have made the show feel deliberately conflict filled, with their snide comments being jumped on by the CBB editors and being used to rile up both the audience and the other contestants.

Isn’t it time for the series to go away. This was a format that was tired nearly half a decade ago, but for some reason the diehard group of fans that still love the show just keep making the ratings too good for the producers to axe.

We’ve got room in our lives for reality TV, but can we have another format please! 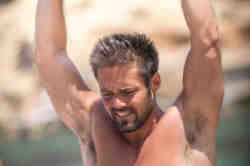 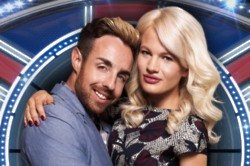