With it being revealed on last night's (August 25) episode of Emmerdale that Ross Barton (Michael Parr) is in fact alive in Emmerdale, the man behind the character has revealed he'll be looking for revenge against his older brother Pete (Anthony Quinlan). 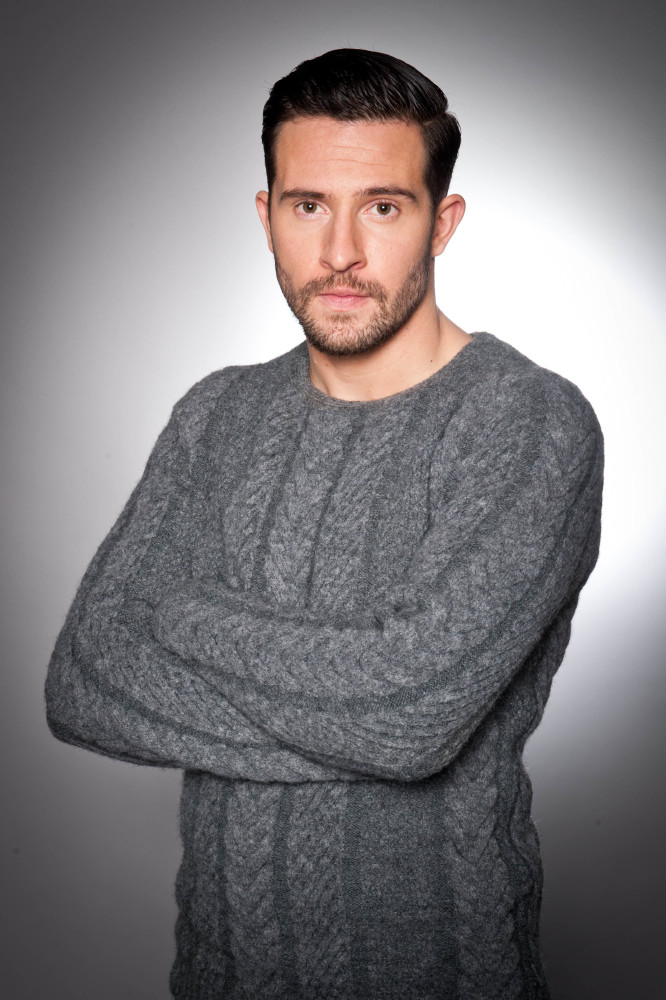 Seemingly killed off earlier in the month following a fight that went wrong with his brother, Ross was yesterday seen opening his eyes in a hospital bed, and it's not going to be long before he's back in action, ready to confront Pete and win back his brother's wife Debbie Dingle.

Chatting about the future for his character, Parr revealed: "Ross is in a lot of pain as Pete gave him a good beating! He's got to recover and he's got to get his head together, but ultimately he's got two things on his mind - revenge and where's the love of his life?

"Ross doesn't know what's really gone on as he can't remember too much. The doctor tells him that he's either been attacked by a large animal or someone has tried to kill him. Ross is furious!

"It's a bit of a cold thing to do, especially to your little brother. Ross is always painted as the bad one but he's never done this to anybody. I think getting Debbie will now be Ross's revenge against Pete."

The news will come as a welcome shock to fans who even petitioned for Ross to be brought back to the soap following his 'death', but it's always been a top secret plan for him to return after just a few weeks.

Parr continued: "It's been difficult, fun and exciting. I've had to sneak in and out of the building at work to avoid being seen by fans outside, and I've even had to lie to family! People aren't idiots, so some people in my family have asked what I've been up to. I said that I've been working but I made a story up that I had a new job in a hotel!

"There's been a bit of speculation that Ross wasn't dead, so I've also been trying to throw people off. I was tweeting lies about going for auditions and stuff like that, so it's been good fun!

"The reactions I've had have been quite funny, actually - I've had so many different ones. It was funny when people were saying, 'You'll get something bigger' or 'This is going to be good for you, you'll get a film off the back of this'. I was thinking, 'No not really, because I'm still under contract!'"

A long time in planning, the shock twists in regards to the storyline have kept viewers guessing for weeks on end with the soap doing well to keep details leaking to the media.

"I first found out about the story a good few months ago," Parr said. "Anthony Quinlan had a meeting with Emmerdale's producer Kate Oates and he just looked shellshocked from what he found out.

"He wouldn't tell me what it was and it was starting to make me panic then! He just said that I needed to speak to Kate, so I automatically assumed the worst - that I'd had my two years at Emmerdale and that was it.

"When Kate told me what would be happening, I was just chuffed to bits. It's another great storyline and it seems to have paid off. Maybe when people see Ross again they'll go, 'Oh bloody hell, he's back, I hated that character!' But everybody seems to be genuinely annoyed that he's gone, so I hope people are excited to see him back." 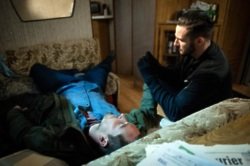 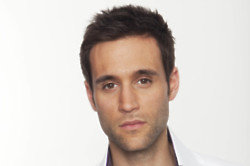 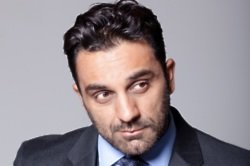