With the addition of Lucha Dragons and Adrian Neville - the latter of whom have now dropped their first name - to the Raw roster this week, there was an injection of NXT talent that got the crowd going wild. 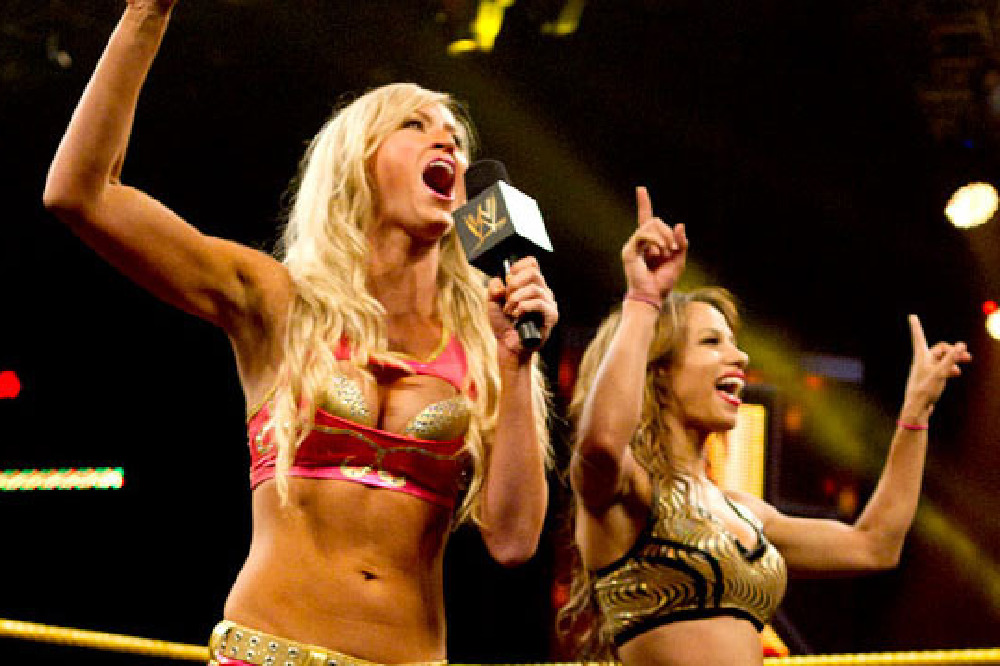 Now we're faced with some incredible wrestlers stuck in limbo, but just who's ready to now make the leap to the WWE and leave their legacy at NXT behind? There are plenty of contenders. Here are our top five.

As the former NXT Women's Champion, this looked to be always the career path the daughter of Ric Flair could take. She was the second woman in history to be named by Pro Wrestling Illustrated as Rookie of the Year - a full 39 years after her father won the accolade - and since signing her developmental contract with WWE, has made quite the impression on fans. It'd be a travesty not to see her return to Raw after she debuted a short while back, strangely having to suffer a loss on the show against Natalya.

Now the NXT Women's Champion after an incredible Fatal Four Way match that included former champ Charlotte and fellow NXT alumni Bayley and Becky Lynch, Sasha Banks has had an incredible few months. Bringing her up to the main Divas roster alongside Charlotte could create some new feuds, and the pair may even make a brilliant tag team after a storyline where she and Charlotte teamed up in the past against Emma and Paige.

One of the fastest rising stars I've ever had the priviledge of watching on television, Finn Bálor is an Irish treat who joined NXT on May 15, 2015. With a commanding entrance to the ring that demands respect, whoever applies his body makeup should be applauded for allowing him to become one of the scariest and most appealing forces the WWE has seen for some time. Rumour has it that WWE want Finn to jump up the ranks as quickly as possible, and this could be the best move they could ever make.

Despite only signing with WWE at the beginning of 2013, Sami Zayn has become one of the most well-liked and interesting stars of developmental company NXT, becoming the NXT Champion on December 11, 2014 at the NXT TakeOver: R Evolution. Unfortunately for Zayn, his once close friend Kevin Owens turned on him, gaining his own title shot and stripping the title from Zayn's grasp on February 11 at NXT TakeOver: Rival. Sami's in-ring ability is incredible, and bringing him up to the main roster would add some huge buzz, for sure.

As one of the more over the top personalities in NXT, Tyler Breeze is a man who's obsessed with looking good and pushing his "gorgeous face" on the rest of the WWE universe. With so many serious faces and heels currently on Raw and Smackdown, the addition of Breeze could add some well-needed humour to the show.

Are you a fan of the WWE? Do you watch NXT? Who do you think should make it up to the main roster? Let us know below.