With Game of Thrones Monopoly now available for purchase in new territories including the UK and Europe, we couldn't resist getting our hands on the special collector's edition board game to see if the quality matched the price tag.

The first thing everybody will notice are the six tokens available for play, and they certainly don't disappoint here. Whether you want to trot around the board as a White Walker, Three Eyed Raven, Direwolf, Dragon Egg, Crown or even the infamous Iron Throne, many will feel an affinity with some if not all of the characters or objects you can use. Sure, it's odd that an egg or throne or crown can own property, but Monopoly's always been an odd game if looked at from that angle. Wheelbarrows?

Properties will probably strike a chord with you next - just which locations have been lucky enough to land the coveted spaces usually reserved for Mayfair and Park Lane? That would be King's Landing and Braavos respectively, but Stark fans shouldn't be disappointed. Winterfell is one of the dark green properties available, and we imagine it's being sold pre-season 3 antics...

The Wall and The Red Waste make up the utilities, yet the usual stations have strangely been changed to four Houses - Stark, Targaryen, Lannister and Baratheon. The idea of owning an entire House simply for landing on a square, or a collection of Houses further into the game is a mind-boggling one, but they are certainly powerful when pulled together, echoing the sentiments of the Song of Ice and Fire novel series and Game of Thrones television adaptation.

Chance and Community Chest have transformed into The Iron Throne and 'Valar Morghulis' - again, another peculiar choice but brilliant when you've got friends and family members trying to pronounce 'Valar Morghulis' every few turns. It's quite dark and eerie to be reminded that 'all men must die' whilst playing a game which brings everybody together (it totally drives a wedge between everyone, what are we saying?), but this is Game of Thrones Monopoly, people. It's not supposed to be all rainbows and sparkles.

Currency is fine, it feels just like the usual Monopoly money and is nice and colourful to help distinguish between amounts, but those willing to shell out for the deluxe edition of the game will be treated to parchment money amongst a variety of other treats (foiled box, coated varnish on board, wrapped scroll rules, printed board back with full logo, larger cards and old-looking dice - RRP £59.99).

The game board is beautiful to look out and shows the now classic Game of Thrones map imagery we've all become accustomed to. It would have been nice to see Free Parking, the Jail space and the Go To Jail space changed to something entirely different as well as the classic 'GO' spot, but they are ones we've never seen changed in all the editions we've held throughout the years.

Combining all the magic of the original with locations and characters beloved by fans across the globe, Game of Thrones Monopoly is a must-have for anyone who loves the franchise. I just wish there was more of a twist on the traditional gameplay with optional new rules the player could implement to set this aside from the usual. Still, fantasy fans are usually an imaginative bunch, perhaps buyers can come up with their own gruesome plans.

That's the beauty of Monopoly, it's malleable. There's even a disclaimer on the instructions which warns you that some rules adopted by many aren't actually official and could ensure the game goes on for some time.

So shape your game your way and enjoy the riches the Seven Kingdoms has to offer. Or, follow my lead and go bankrupt after your Nan's economic domination. Your choice. 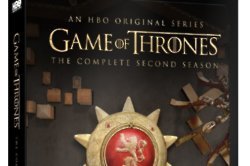 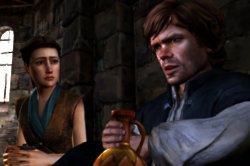 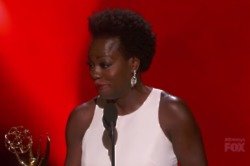