E! Entertainment Television has unveiled their British red carpet supreme team for the 2012 coverage of the BAFTA Awards, the UK’s annual most prestigious film awards.

Countdown to Live from the Red Carpet

From 5pm E!’s kicks off the BAFTA night red carpet countdown hosted by UK fashion journalist Louise Roe and featuring all the best red carpet moments, fashion and celebrity interviews of the 2012 season so far.  Brad, Angelina, Kate, George - all the big Hollywood names will make an appearance.

From 5.15pm Dermot and Fearne will be live on the red carpet bringing viewers unparalleled access to every celebrity moment from the A-list award show taking place at the Royal Opera House in London.

E! offers the most comprehensive pre-show coverage with more cameras than any other channel capturing all the Red Carpet action.

Going behind the velvet rope, E!’s elite team will capture all the buzz-worthy action from the Orange British Academy Film Awards, from one-on-one celebrity interviews to no-holds-barred fashion reports.

With the likes of George Clooney, Brad Pitt, Gary Oldman and Jean Dujardin nominated for 'Best Leading Actors'; Meryl Streep, Michelle Williams, Tilda Swinton and Berenice Bejo battling it out to be crowned 'Best Leading Actress' - this promises to be one of the most highly anticipated and star studded events of the year.

E!’s coverage of the red carpet for the U.K.’s most prestigious film awards will be broadcast around the globe, including the U.S., to more than 89.8 million subscribers in 150 countries.

Don’t miss the excitement, glamour and E!’s complete coverage with Dermot and Fearne when Live from the Red Carpet: The 2012 Orange British Academy Film Awards premieres on Sunday, 12th February from 5pm only on E! Entertainment Television (Sky: 151/ Virgin Media: 156). 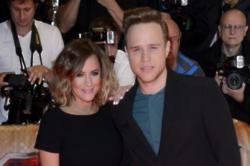