British actor Benedict Cumberbatch is "bemused and upset" after he was wrongly quoted accusing pal Jonny Lee Miller of taking the lead role in Elemntary because he needed the pay cheque.

Cumberbatch is setting the record straight over comments attributed to him in a new interview with a British magazine, in which he apparently admits he had hoped Miller would turn down the TV part due to similarities to his hit U.K. series, Sherlock.

In the article, Cumberbatch is quoted as saying, "I did say (to Miller), 'Well, I'd prefer you didn't do it but you've got a kid to feed, a nice house in L.A. and a wife to keep in good clothes.' When you get used to a certain standard of living and they waft a pay cheque at you, what are you going to do?" However, Cumberbatch is adamant he has "only been supportive" of his pal Miller, who he calls an "incredibly talented actor".

In a statement to the Hollywood Reporter, he writes, "I am both bemused and upset at this misquote. I never said that Johnny took the job for the paycheck (sic) nor did I ask him not to do it. What I said is I would have preferred not to be in the situation where we will again be compared because we are friends. I know for a fact his motivations were to do with the quality of the script and the challenges of this exceptional role.

"It is baffling because I have only been supportive of an incredibly talented actor who I am proud to call a friend taking a job I know he is going to enjoy immensely and be wonderful in". Cumberbatch, who co-starred with Miller in Danny Boyle's 2011 London play Frankenstein, insists he is excited to see his pal's take on the famous sleuth.

Adding, "The world of Sherlock Holmes and the world that we live in now is big enough to take more than one interpretation. As a genuine Sherlock Holmes fan I am greatly looking forward to his series". 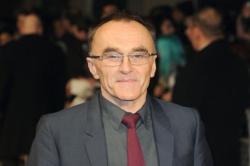