Sir Bruce Forsyth admires anyone who takes part in 'Strictly Come Dancing' because he knows it's not an easy show to compete in.

The 84-year-old presenter has co-hosted the BBC One show alongside Tess Daly since 2004 and says he respects any celebrity that signs up for it because he knows it's not easy.

He told the Daily Mirror newspaper: "The guts it takes to go up there and do a routine. It is courageous, believe me. I admire them all so much."

Bruce is very impressed by this year's line-up but admits Olympic cyclist Victoria Pendleton - who is partnered with Brendan Cole - is struggling a bit.

He said of Victoria: "It's very, very difficult for her. You can't take anything away from someone who has won gold.

"I admire her but it is very different pushing forward and keeping your arms stiff going round the ­velodrome, to putting your arms round Brendan."

'Strictly' has enjoyed huge success this year - often beating its rival show 'The X Factor' by two million viewers - and Bruce believes the new time slot of 6.30pm has been a huge help.

He told The Sun newspaper: "The main reason for the huge success this year has been us going to 6.30pm.

"Before that we were five-to-six, six, then 10-past-six for the first part of the series.

"At 6.30pm, you get that extra half hour when people get back after shopping, work or football. It makes an extraordinary difference." 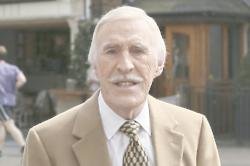 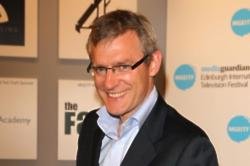 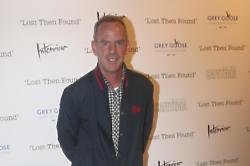