Charlie Brooks was named Queen of the Jungle on 'I'm A Celebrity... Get Me Out Of Here!' last night (01.12.12), narrowly pipping Ashley Roberts to the title.

Charlie Brooks has won 'I'm A Celebrity... Get Me Out Of Here!'.

The 'EastEnders' actress was named Queen of the Jungle last night (01.12.12) ahead of Pussycat Doll Ashley Roberts following their tough three-week stay in the Australian jungle, and the 31-year-old star, who looked shocked when it was announced she had won the competition, admitted she never expected to do so well.

Speaking to presenters Ant and Dec, she said: "I didn't imagine this in a million years. I had no idea. Everyone's been amazing, every single person played their role."

Charlie was reunited with her seven-year-old daughter Kiki - who she was denied the chance to see earlier this week when she failed a jungle challenge - upon being crowned Queen of the Jungle, and the actress admitted she went through a "mental marathon" during her time on the ITV1 series.

She added: "I didn't really know what to expect, the trials were pretty gross and that was difficult but it was the longevity of it, it felt really long.

"You run a bit of a mental marathon, that's what was tougher. It doesn't really feel like a TV show when you're in it."

Earlier in the show, Charlie and fellow finalist Ashley won a three-course luxury meal on their last night in camp after accomplishing the Final Feast Bushtucker Trial.

Following the trial, Charlie said: "I feel absolutely traumatised. It was horrendous. There was no other way of describing it."

Ashley added: "That was the most disgusting thing I've ever done in my life.

"That eyeball and the popping of the eyeball. It smelled. I am never doing anything like that again in my entire life."

Charlie came close to quitting the programme after being left devastated when she chose the wrong door to open in a mini trial and was denied the opportunity to see Kiki.

David Haye, who finished third on the show, told the Daily Star Sunday newspaper: "She was really upset about it. She wanted to be with her daughter. I thought she might leave.

"She went and had a word with producers and said they needed to guarantee that her daughter was OK." 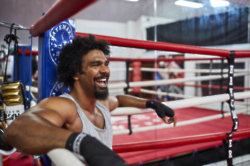 David Haye: “Within a Year I’ll Have A Title” 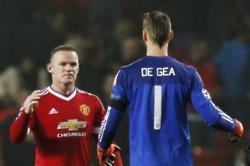