Elizabeth McGovern Wants to Make a Movie About Great-Grandfather

He was an extraordinary man

Downton Abbey star Elizabeth McGovern hopes to one day make a movie about her great-grandfather, who is believed to have been the real life inspiration for Indiana Jones.

William Montgomery McGovern was an American adventurer who explored uncharted regions of the Amazon rainforest and the Himalayas, before later becoming a Buddhist priest in Japan, a war correspondent and a lecturer.

McGovern's famous relative is widely believed to have inspired the character of Indiana Jones, the intrepid archaeologist played by Harrison Ford in four blockbuster movies, and the actress is convinced her great-grandfather deserves his own film.

She tells Britain's Daily Mail newspaper, "He was an extraordinary man. He explored the Amazon and the Himalayas, became a Buddhist priest, worked as a war correspondent and operated behind Japanese lines in World War II. I've often thought his story could make a good subject for a film, something I might explore at a later date". 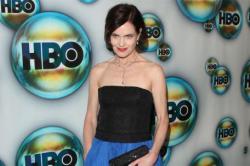